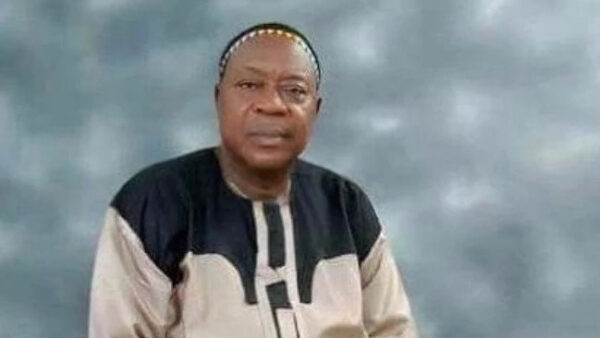 Residents of Benin City, Edo State capital, on Monday woke up to the rumor of the death of popular highlife musician, Ambassador Osayomore Joseph.

His fans had started sending condolence messages to his family after the news went viral on social media.

A post on one of the social media platforms read: “Ambassador Osayomore Joseph just passed on! The voice for the voiceless, the voice of Benin. Rest on brother, the song remains the same.”

However, findings by DAILY POST indicate the highlife maestro is still alive.

Joseph and his daughter, Uwa Osayomore Joseph, in a Facebook Live post dismissed the rumour saying it is the work of rumour mongers.

While responding via the live video, Amb Osayomore Joseph said the people spreading the fake rumour are mad.

“I have been receiving calls from different individuals. They are mad,” he said.

Also responding to the rumour, his daughter said: “My dad is not dead, you can hear and see him in this live video.”