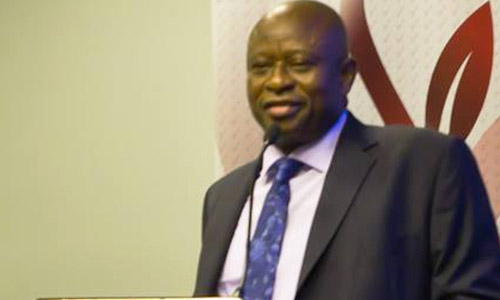 Former Minister of State for Education, Kenneth Gbagi, has warned members of the Nigerian Bar Association with a sinister move to subvert the Presidency of Olumide Akpata that they will be resisted by the majority of lawyers who voted during the association’s election.

In a statement he personally signed, Gbagi, questioned the motives and sincerity of those against Akpata’s emergence while also underscoring the need for reforms in the NBA.

The Ex-Minister, who is an esteemed lawyer and past Chairman of the Legal Aid Council of Nigeria, described all concerns raised before the elections as untenable, given that the contestants went ahead to participate in the exercise, and are therefore bound by its outcome.

He challenged anyone with evidence against the newly elected NBA President, with respect to criminal breach of the law, to come forward with same.

“Any attempt to truncate Akpata’s election will be resisted and strongly opposed by the majority lawyers in the country.

“There are many things that need to be reformed in the NBA. For example, despite universal suffrage for all lawyers, it is sad that only lawyers who have held position as Chairman or Secretary of their local branches can contest for NBA National offices or those who were co-opted to the NBA National Executive Council.

“Why are those complaining about the conduct of the last elections not championing such reforms which benefit the larger number of lawyers in Nigeria? These are the kinds of reforms we implore the incoming NBA Exco to consider.

“Those who are calling for cancellation of the NBA elections are not being fair to the vast majority of lawyers who participated as voters and contestants, who are not complaining.

“I understand that out of the three presidential contestants, one won, one conceded victory and one is disgruntled. So, you can tell whether the majority is dissatisfied or not.

“While it is okay to advocate reforms and improvement, it is certainly not okay to call for cancellation of an exercise that has cost so many so much and widely accepted by the vast majority as reflective of their will.

“As for those persons hiding under the guise of clamoring for reforms today, where were they since the inception of the NBA? Why were they not bold to clamour for those reforms before now? Is Olumide a lawyer or not?

“Besides, Judges and Senior Advocates have the same basic qualification – which is the LLB and BL – as any other lawyer in the country.

“It will interest anyone to note that 99 percent of lawyers in Nigeria are not SANs. The question is: did Olumide meet the constitutional qualification of the NBA to contest in the election held by the association? Was there any criminal breach of the law committed by him or any officer of the Exco therein? In my opinion, I think we should be mindful of trying to personalize the affairs of the NBA.

“I have personally spoken to large groups of lawyers, and over 72 percent of them who are not SANs feel strongly concerned about the sentiment held by those in the minority, and consider same an insult, as though that office is meant for those who perceive themselves as being at the top of the coveted legal profession.

“The laws of the NBA are clear. We are looking to see any such document violated by the Olumide-led NBA and if there is none, my strong advice to fellow colleagues in the legal profession is that they sheathe their swords and support Olumide to succeed.

“I call on all SANs, most of whom are my acquaintances, friends and brothers to rally support for the Olumide-led NBA as no man will take a bulldozer to pull down his own house, no matter the issues therein.

“A great opportunity to show love to all lawyers within the legal profession has presented itself, and it must be used under the new leadership to bring discipline, purposefulness, and a rebirth of the NBA,” Gbagi said.

Akpata emerged winner of the Nigerian Bar Association’s (NBA) national elections, after defeating two other contestants who are Senior Advocates of Nigeria (SANs).