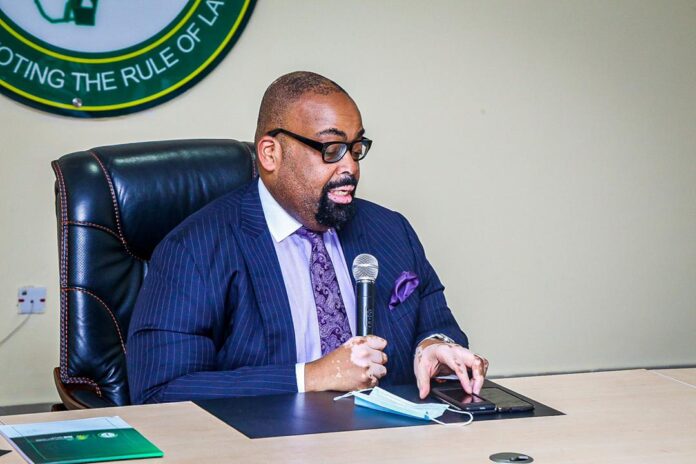 The President of the Nigerian Bar Association has said his relationship with the leadership of the Court of Appeal ceased to be cordial since last year due to his expression of discontent with the quality of the screening process for the Court’s justices.

Newsmen, reported that several stakeholders in Nigeria’s legal profession have in time past pointed to the recruitment process for Justices as very important to the quality of justice dispensed in the country.

Mr Akpata had sometime last year criticised the shoddiness of the interview conducted for the candidates by the National Judicial Council (NJC), which he said hurriedly interviewed 20 nominees within two hours.

The NBA president, a member of the NJC who was participating in the council’s interview of judicial nominees for the first time, also expressed shock that “Important legal issues that were occasionally put to the nominees could not be answered”.

He said he heard things like “they will learn on the job” during the interview.

Contributing to a panel session Chaired by Senior Advocate of Nigeria, Femi Falana, at the ongoing NBA-SPIDEL Conference in Abuja, Mr Akpata decried the fact that summits, conferences and panel sessions always come up with resolutions that are never implemented. Noting that when it comes to implementing these recommendations and resolutions, opposition begins to rise from various quarters.

He then referred to his expression of concern about the quality of the screening process for Appeal Court Justices last year and how it ended up straining his relationship with the leadership of the Court.