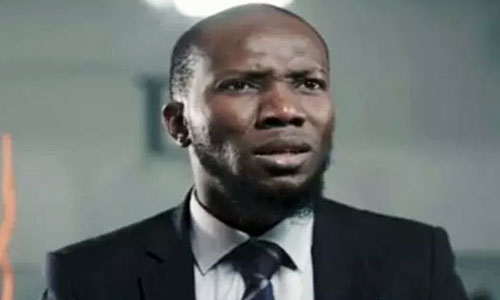 In a statement on Thursday titled, “Brutal Torture Meted out to Inibehe Effiong by Nigerian Correctional Service is Unacceptable”, Falana said the chief judge had refused to provide Effiong with the certified true copies of the judgment, therefore, delaying his appeal process.

“In order to prevent Effiong from appealing against the conviction and sentence imposed on him, the chief judge has refused to furnish him with a certified true copy of her judgment in contravention of Section 36(7) of the constitution which prescribes that every convict is entitled to a copy of the judgment of the court that tried and convicted him,” Falana stated.

He said the warrant signed by the judge directed that Effiong be held in Ikot Ekpene Correctional Centre, Akwa Ibom throughout the duration of his prison term but the order of the court was secretly varied on Thursday as Effiong was forcefully transferred to Uyo Correctional Centre in handcuffs even though there was no violence on his part.

“At the Uyo Correctional Centre, Effiong was forced to sit on the bare floor while his head was shaved together with his beard. He was thereafter subjected to more horrendous humiliation and paraded before all prison inmates,” the senior advocate said.

He argued that the brutal torture meted out to Effiong by the prison officials in Akwa Ibom State constitutes a violent violation of his fundamental right to dignity guaranteed by Section 34 of the constitution and Article 5 of the African Charter on Human and Peoples Rights.

Falana said it is painful to note that the unprovoked violence unleashed on Effiong is a sad reminder of the case of Minere Amakiri, then a reporter with Nigerian Observer, the old Bendel State-owned newspaper whose head was shaved with a broken bottle in 1973 on the orders of Alfred Diette-Spiff, the then military governor of the state.

“Apart from challenging the egregious infringement of the fundamental right of Inibehe to the dignity of his person and fair hearing we shall press for the prosecution of the officials who inflicted torture on him contrary to the provision of section 2 of the Anti Torture Act of 2017. The penalty for the offence of inflicting torture on any person in Nigeria is 25 years imprisonment without any option of fine,” the activist said.