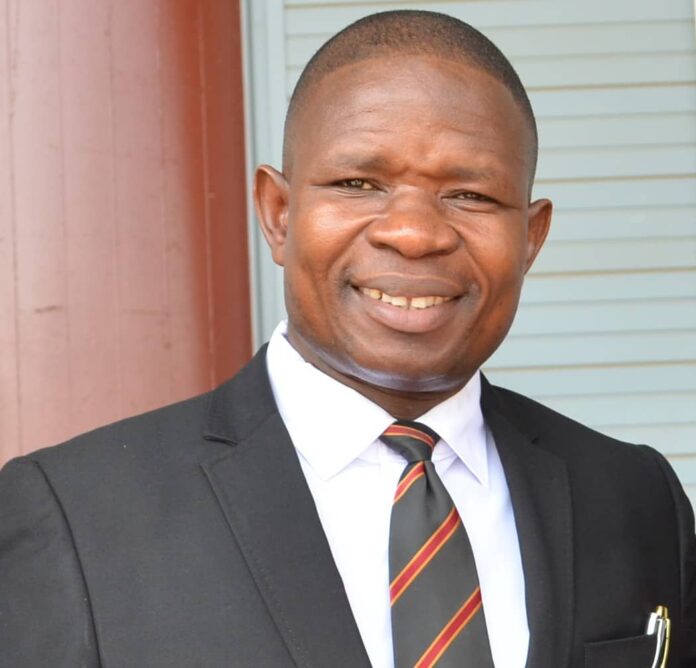 The headline news, I will consider demand for Nnamdi Kanu’s release — Buhari to Igbo leaders” is cheering news. (See: The Punch: 19 November 2021). I heartily commend Mr. President for this. It is also reported that an unconditional release of Nnamdi Kanu runs contrary to the doctrine of separation of powers between the Executive and Judiciary. ChannelTV.com reports:

For the following reasons, I respectfully encourage Mr President to go ahead (as he has promised) and consider that option, as well as the additional option of peace talks with all agitators in the country:

1️⃣ An unconditional release of Kanu would NOT run contrary to the doctrine of separation of powers. Section 175 (1) of the Constitution provides that “The President may — grant any person concerned with or convicted of any offence created by an Act of the National Assembly a pardon, either free or subject to lawful conditions”.

The grant of pardon or amnesty is available not for only persons CONVICTED of crime, but for also persons CONCERNED with the commission of an offence. “Concerned with” implies persons either accused of an offence or who are standing trial for some criminal allegations of whatever nature. “Convicted of” implies one who has been tried and found guilty.

Mazi Nnamdi Kanu, currently standing trial, falls within the category contemplated by “concerned with”. Accordingly, if Mr. President so chooses/decides, Mr. President is empowered by the constitution to grant Nnamdi Kanu amnesty the implication of which is that Mr. Kanu automatically becomes free of all criminal allegations/charges against him; this is not in violation of the doctrine of separation of powers.

2️⃣ Exercise of presidential power of pardon/amnesty by the President is perfectly in compliance with the provisions, spirit and intendment of the Constitution.

3️⃣Further, if Mazi Nnamdi Kanu is granted amnesty, that would not be the first of its kind in Nigeria. See the following:

4️⃣. What’s sauce for the goose is sauce also for the gander. Section 14 (1) of the Constitution provides: “The Federal Republic of Nigeria shall be a State based on the principles of democracy and social justice”. Additionally, according to section 15(1) of the Constitution, “…national integration shall be actively encouraged, whilst discrimination on the grounds of place of origin, sex, religion, status, ethnic or linguistic association or ties shall be prohibited”.

5️⃣ Moreover, the Nigerian State, headed by President Buhari, is required to “foster a feeling of belonging and of involvement among the various people of the Federation….” Accordingly, amnesty for Kanu, which is what “an unconditional release” entails, is not a violation of separation of powers.

6️⃣. It’s additionally submitted that amnesty for Nnamdi Kanu, Sunday Igboho, and talks/peace with all self-determination agitators in the country are a greater force towards restoration of peace and unity which are preconditions for progress.

7️⃣. Finally, may I refer to my earlier statement, which I think is relevant here:
“The reality is that all what we need now is reconciliation with one another, not blaming each other, reparation of damaged relations and society, not bullying of a section of it, reconstruction of devasted hopes, not persecution of those who dared to raise their voices; repentance and reengineering, not exacerbation and heightening of tension. Sometimes, God doesn’t send you into a battle to win it; he sends you to end it. All kinds of fights end at forgiveness. We must evolve for our country a conflict resolution method which rejects revenge, aggression, oppressions, victimization and bullying. Our leaders should stop scaring away [any segment of the country] and making them feel not recognized nor welcome. Peace cannot be kept by force; it can only be achieved by understanding. Jimmy Carter said, unless both sides win, no agreement can be permanent. And according to John F. Kennedy, “peace is a daily, a weekly, a monthly process, gradually changing opinions, slowly eroding old barriers, quietly building new structures.” Nelson Mandela suggested, “the best weapon is to sit down and talk….” Finally…. Franklin D. Roosevelt had written that, “more than just an end to war, we want an end to the beginnings of all wars”. (SEE: “A Catholic Cogitation On The Freeze Order Against Bank Accounts Of Alleged #EndSARS Protest Promoters” By Sylvester Udemezue; NOVEMBER 8, 2020 <https://barristerng.com/a-catholic-cogitation-on-the-freeze-order-against-bank-accounts-of-alleged-endsars-protest-promoters-by-sylvester-udemezue/>).