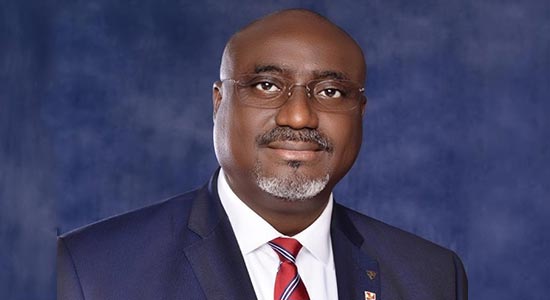 The Chairman of the NBA Welfare Committee and NBA Presidential Candidate, Yakubu Chonoko Maikyau SAN has joined the NBA and its National Executive Council to wish all Nigerians a Happy Democracy Day.

In a statement made available to Legaldeskng, the Learned Silk briefly traced the history of the form of government to Greece about 2500 years.

“Over 2500 years ago, in the Greek City State of Athens, a group of people led by Cleisthenes came together to lay the foundations for what would later be described as democracy; the government of the people, by the people and for the people.”

He said, despite its shortcomings and setback, democracy has grown to be embraced as the best form of government adopted by several countries world over.

Coming back home, Maikyau noted that here in Nigeria, despite suffering various periods of interregnum which have hopefully become a thing of the past and which we shall never experience again, our democracy has continued to thrive.

According to him: “To achieve these giant strides, there have been sacrifices by the Nigerian people including those patriots who paid the supreme price and who we rightly celebrate today.”

Maikyau also joined the NBA and its National Executive Council to wish all Nigerians a Happy Democracy Day.

He stressed that this year’s Democracy Day is extra special as it comes at a time when we are preparing for another transition from one democratic government to another both in the NBA and at national level.
He therefore called on all NBA members to get involved in the Association’s democratic process as it transitions to another leadership era.

“I call on all qualified NBA members to get involved and be ready to take part in the NBA Election as we aim towards building a Dynamic Bar that is fit for the 21st Century; This is the greatest form of expression of our franchise.”

He also urged all cleared candidates especially my co-contestants to be sportsmanly and comply with the guidelines set by ECNBA saying: “We must set the examples that the rest of the country should follow in the upcoming general elections.”

Maikyau further commented on Nigeria’s democracy and the growing interest from citizens in the political process. He praised the growing involvement of citizens indicated by increasing numbers of registered voters across the country while also calling on INEC to extend the Continuous Voters Registration (CVR) beyond June.

“In the same vein, it is imperative to note that the past few months have witnessed some of the most unparalleled interest in our democratic development as illustrated by what the Independent National Electoral Commission (INEC) has publicly acknowledged as, “an unprecedented surge in the number of people that wish to register as voters”

It is in this regard that | join all well meaning Nigerians in urging INEC to extend the ongoing continuous voters registration (CVR) exercise beyond 30th June 2022 to enable as many Nigerians as possible to register for the next general election.”