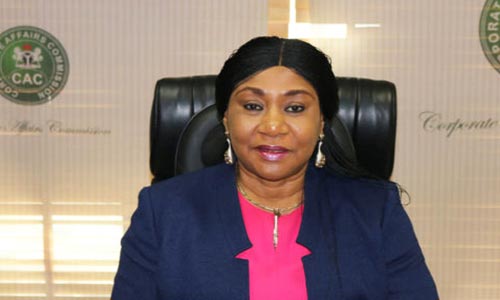 The acting Registrar-General of the Corporate Affairs Commission, Azuka Azinge, has explained why the commission cannot reinstate the sacked Sale Kazaure despite the resolution by the House of Representatives for it to do so.

Kazaure was dismissed by the commission for allegedly forging receipts used in retiring funds given to him for official assignment.

Following his sacking, a petition was written to the House of Representatives for his reinstatement.

The House, after deliberating on the issue urged the acting Registrar-General to reinstate Kazaure as well as pay all his entitlements.

But reacting to the resolution of the House, Azinge, in a letter to the Minister of Industry Trade and Investment said that reinstating the dismissed Kazaure was no longer possible.

She said acceding to the resolution of the House would open floodgates for similar requests for review by other members of staff of the Commission who were terminated or dismissed from 2009 to date.

A copy of the letter dated November 15 was made available to our correspondent on Tuesday.

The letter reads in part, “The Honourable Minister may wish to kindly note that Sule Sale Ibrahim Kazaure was alleged to have forged the receipts used to retire the purchase advances granted to him for the purpose of entertaining the members of Joint Consultative Committee during the Committee’s meeting held in Enugu and Benin respectively.

“In his response to the query issued on the matter, he admitted in writing that he actually forged the receipts. Subsequently, the matter was referred to the Central Disciplinary Committee for deliberation.

“The CDC found proof of forgery; an act considered under Clause 4.07 of the Commission’s Conditions of Service as gross misconduct punishable with dismissal.

“His dismissal was approved by the Management Committee. He was accordingly dismissed on 1st July 2009.

“The said letter urged us to reinstate and pay all salaries and entitlements due to Sule Sale Ibrahim Kazaure from his dismissal from service to date based on the Votes and Proceedings of the House of Representatives dated 25th April, 2019.

“The Commission via a letter dated 3rd July 2019, conveyed its inability to grant the request of reinstatement of Sule Sale Ibrahim Kazaure.

“Aside from the reasons earlier highlighted, the Commission noted that acceding to the request of reinstatement will open floodgates for similar requests for review by other members of staff of the Commission who were terminated or dismissed since 2009 to date.”

The CAC boss also said there was no resolution from the House of Representatives asking for her suspension, as being speculated.