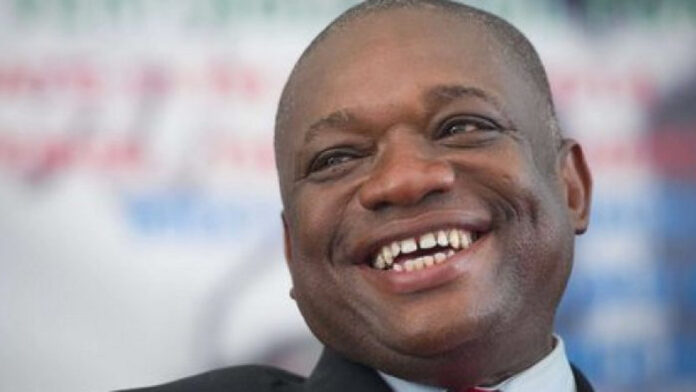 Chief Whip of the Senate, Senator Orji Kalu, has said he decided to contest the 2023 presidential election after leaders from the six geopolitical zones approached him to run.

This is as he revealed that he had earlier told other presidential aspirants like the former governor of Lagos State, Bola Tinubu, former president of the Senate, Pius Anyim and Ebonyi State Governor, David Umahi, that he won’t contest.

Speaking in an interview with Silverbird Television on Friday, Kalu said the leaders cited his capability and experience, adding that he changed his mind about not contesting after due consultations coupled with the request by prominent national elders to join the contest.

He expressed the belief that he has the capacity and experience to turn around the economy of the country and fight insecurity.

Buy the Book on Military Law, authored by a Veteran Military Lawyer, and launched personally by the then COAS.

“I flew from my village to tour some places and I met with them in the North, West and somewhere in Lagos and Warri and I returned on the 8th back to Igbere, my home town, and also met with the elders of my community and they said that it’s a possibility. And that is why I have not gone back to tell these people who I initially told that I will not run that I am now going to run. I will still have a meeting with them and tell them formally that I am going to run for the president.”

On media reports that he attacked Tinubu, Kalu stated that they both have a deep-rooted friendship, adding that the presidential ambition of this former governor of Lagos State does not threaten his own.

His words: “Tinubu is not a threat to my ambition and I am not a threat to his ambition. We are very close friends and our friendship is deep-rooted. When I and my wife went back to Abia as Governor, nobody was occupying my house in Victoria Island, Lagos. So my children were in school at that time and some were schooling at Corona schools while one was in French International school in 1998 and they were living with Senator Oluremi Tinubu. So we are like a family and politics cannot separate us.

“In 2003 when Tinubu was seeking re-election and I saw that he was lagging behind, I assisted him and it’s part of what caused my problem with former President Obasanjo. So we’re a family and we cannot quarrel because of politics. He might have his idea on how to do it and I might have my own idea on how to do it. But all I know is that if we meet at Eagle Square I will give a very good account of myself.”