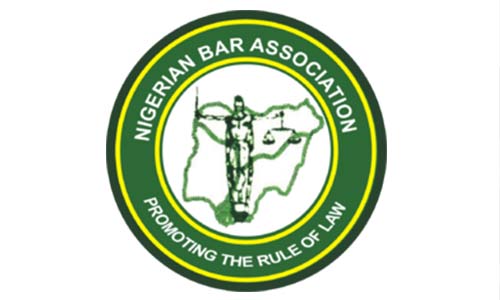 The Nigerian Bar Association and prominent senior lawyers, on Thursday, warned the Federal Inland Revenue Service and the National Assembly against any illegality in their bid to amend the Value Added Tax law in the country.

The Publicity Secretary of the NBA, Rapulu Nduka, and Senior Advocates of Nigeria, Chief Mike Ozekhome, Ebun-Olu Adegboruwa and Afam Osigwe, gave the warning in separate interviews with our correspondents in response to the judgment of  the Federal High Court sitting in Port Harcourt, which  held that the Rivers State Government had the powers to collect VAT within its territory.

While the NBA urged the lawmakers representing the various states to be on the lookout for the request by the FIRS to include VAT on the Exclusive Legislative List, the SANs supported moves by the Lagos and Rivers state governments to take over the collection of the tax.

Following the court’s rejection of the FIRS’ application for stay of execution, the Rivers State Government ordered companies based in the state to start paying VAT to its revenue board.

On Thursday, The PUNCH reported that the FIRS had written to the National Assembly to seek the inclusion of VAT on the exclusive legislative list.

Nduka, in an interview with one of our correspondents, supported the judgment of the Federal High Court, saying it was valid.

He also said the FIRS could appeal the judgment, but stated that the National Assembly should be cautious with the request of the agency for the amendment of the VAT law.

He stated, “Firstly, the judgment of the Federal High Court regarding VAT, to the best of my knowledge, is a valid judgment. If the FIRS feels aggrieved, it can appeal to the Court of Appeal.

“On the issue of the FIRS requesting the National Assembly to amend the Constitution to put VAT collection on the exclusive legislative list, Nigeria is a country governed by laws and the NBA advocates the promotion of the rule of law.

“There are procedures for the amendment of aspects of the Constitution, which must be followed. We hope that our lawmakers do the right thing. Thankfully, we have representatives from all states of the federation.

“I will be surprised if the FIRS pushes for a distinct Federal Revenue Court, especially at this time.

“It really speaks volumes. We must recall that the Federal High Court used to be a revenue court. One would wonder if the proper response to an unfavourable judgment is to ask for new courts.”

Also, a legal practitioner, Kudos Okor, stated that VAT should not be collected by the FIRS.

He stated, “If you look at constitutional provisions, you will find out that a lot of the taxes paid to the Federal Government are actually supposed to be paid to the states.

“I believe the demand of the FIRS is inappropriate; it is only trying to extort Nigerians. I advise every state governor to kick against this demand. No state governor should allow the Federal Government to take what rightfully belongs to the state.”

Adegboruwa also threw his weight behind the state laws on VAT in a statement on Thursday, saying, “State VAT law is a form of restructuring. It is restructuring and I support it 100 per cent. We have been shouting and crying for this lopsided federalism to be made equitable.

He also commended the Lagos State Governor, Babajide Sanwo-Olu; the Attorney-General of Lagos State, Moyosore Onigbanjo (SAN); and the Lagos State House of Assembly for their stance on VAT collection by the state government.

Meanwhile, members of the business community and the Rivers State Civil Society Organisation have backed Wike’s decision on VAT collection.

The President, Rivers Entrepreneurs and Investors’ Forum, Ibifuro Bobmanuel; and Chairman, Rivers State Civil Society Organisation, Enefaa Georgewill, gave the governor the backing in separate interviews with one of our correspondents in Port Harcourt on Thursday.

Bobmanuel, a financial expert, said when state governors realise that VAT would be paid directly to the states, they would begin to treat businesses with a lot of respect.

On his part, Georgewill lauded Wike for the courage to fight a cause, which he said was in order, adding that the present situation meant more revenue for the state.

Ozekhome, on his part, said states, by reason of the legislature, should not lose consumption taxes to the Federal Government.

Ozekhome made his position known in an interview with The PUNCH.

He said, “VAT is ideally a matter within the residual legislative list of states. It is a consumption tax collected by producers and manufacturers of goods and is then passed on to the ultimate consumers.

“Why, in a federal system of government such as we operate, should a state that harbours industries and companies lose the consumption tax to the Federal Government, which is a central government? It makes no sense at all.

“If the National Assembly makes the mistake of legislating on and including VAT as a matter on the Exclusive Legislative List, it can be lawfully challenged in a court of law. All the state attorneys-general should join hands together and sue on behalf of their various states.”

On his part, Osigwe said the call for the establishment of a special court was unnecessary, adding that it would further strain the nation’s economy.

He stated, “In Nigeria, we have this attitude of thinking that a court must be created for everything. We want courts created for economic and financial crimes, electoral offences and now revenue collection.

“The Federal High Court started as a revenue court and today, it has become a court of all jurisdictions.

“On VAT, for the FIRS to write to the National Assembly shows that it is too agreed that there is a need for clarification on VAT.

“The states had largely yielded power to the Federal Government until recently. I think the ongoing judicial process is a welcome development. We need to have some certainty on the matter.”

But the National Assembly said the FIRS, just like any other institution, group or individual, had the right to seek an amendment to the country’s Constitution.

The Chairman, Senate Committee on Media and Public Affairs, Senator Ajibola Basiru, when asked to comment on the legality of the request of the tax agency, said the FIRS had not done anything illegal.

He, however, said the approval of such an amendment was not automatic because the request would pass through normal processes.

Basiru stated, “Every stakeholder has the right to make requests for the amendment of the constitution. However, whether the amendment will pass or not will depend on it passing through the requisite processes stipulated by Section 9 of the Constitution.

“I can’t express any personal opinion on the FIRS letter, because I’m a member of the Constitution Review Committee and the matter has not come before us.

The Lagos State Government has hailed the passage of the Value Added Tax Bill by the state House of Assembly, saying it followed due process.

The state Commissioner for Information and Strategy, Mr Gbenga Omotoso, in an interview with one of our correspondents on Thursday, said the passage of the bill would benefit residents of the state.

He said, “The House has just passed the bill; it has not been returned to the executive. We are waiting for them to bring the bill for the governor to sign.

“I think due process was followed; the bill went through various reading stages and there was a public hearing, where residents of the state made their views known on the bill.

“This is not the first bill that has been passed by the Lagos State House of Assembly. The executive has sent in about 40 bills since Governor Babajide Sanwo-Olu assumed office. This is just one of the bills. It is all about Lagosians, rule of law and true federalism. It is a matter of law, not emotions.”

The state House of Assembly had on Thursday passed the Lagos State Value Added Tax Bill.

According to a statement, the bill was passed during plenary in which the lawmakers unanimously adopted the recommendations in the reports of the Committee on Finance as the resolutions of the House, leading to its third reading.