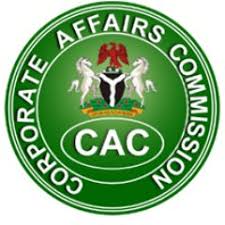 The Corporate Affairs Commission (CAC) has given registered companies till April 1 to validate their bank accounts or get sanctioned.

Its Registrar General Garba Abubakar vowed firms who have refused to revalidate their accounts will not be accredited.

Abubakar told reporters in Abuja of needs by firms to update their information as the commission is considering an amnesty for a certain number of years on annual return filings, even though the details have not been completely worked out.

Speaking on the purported threat by CAC workers to embark on strike on Tuesday following a disagreement with the management, the CAC boss said the union that issued the strike is no longer in existence and cannot carry out such action.

“AUPCTRE is no longer recognised as a senior staff union in CAC because of the decision of the National Industrial Court that declared AUPCTRE a junior staff union.

“A copy of the judgment has been made available to us and there is no stay of execution on the judgement. To that effect AUPCTRE stopped existing in CAC. It has been dissolved.

“Staff of the Commission have been advised to join any organised union of senior staff of their choice. All union dues deductions from staff salaries have been stopped”.

He warned the CAC management will not tolerate disruption of the Commission activities by any group of people under the guise of a strike.