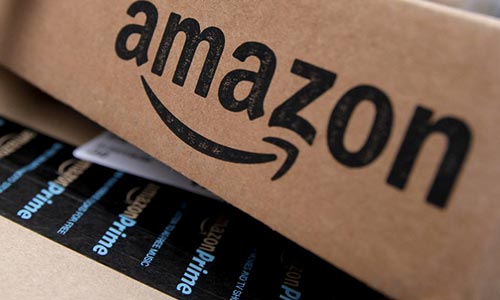 Sen. Josh Hawley (R-MO) is calling on federal prosecutors to open a criminal antitrust investigation into Amazon, as laid out in a letter released on Tuesday.

In his letter to Attorney General William Barr, Hawley presses the Justice Department to open an investigation into Amazon’s data tactics that were detailed in a report from The Wall Street Journal last week. In this report, the Journal outlined several instances in which Amazon employees peered into the sales data from independent sellers in order to develop its own competing, private label products.

“These practices are alarming for America’s small businesses even under ordinary circumstances,” Hawley wrote. “But at a time when most small retail businesses must rely on Amazon because of coronavirus-related shutdowns, predatory data practices threaten these businesses’ very existence.”

After Makan Delrahim, the assistant attorney general who heads the antitrust division, recused himself from the Justice Department’s Google probe in February, Barr took greater control over investigations into the tech industry. Last July, the Justice Department opened a probe into large tech firms like Facebook, Amazon, and Google to investigate broad concerns of anti-competitive behavior. A criminal probe into Amazon, as Hawley requested, would be a step further for the department, and it could take years to finish.

Hawley is a freshman senator who has made a name for himself by criticizing tech companies over issues like data privacy and antitrust. He has proposed bans against autoplaying videos and endless scrolling and has penned legislation calling for social media platforms to prove that they are unbiased in order to receive Section 230 liability protections.

Since the Journal’s report last week, Amazon has opened an internal investigation looking into the matter. An Amazon spokesperson said in a statement last week that any employees using third-party data to create private-label products would violate the company’s own policies.