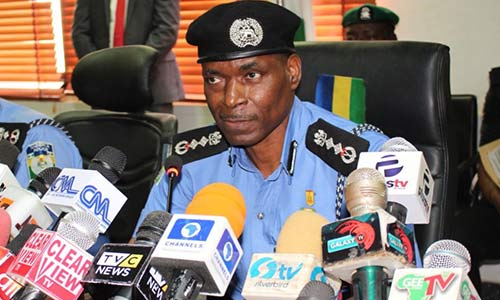 A Federal High Court in Abuja has upheld the power of the President to extend the tenure of a retiring Inspector General of Police (IGP) pending the completion of the process for the appointment of a substantive successor.

Justice Ahmed Mohammed made this pronouncement in a judgment on Friday in the suit, marked: FHC/ABJ/CS/106/2021 by a lawyer, Maxwell Okpara, who challenged President Muhammadu Buhari’s decision to extend the tenure of the immediate past IGP, Muhammed Abubakar Adamu for three months.

Justice Mohammed held that since the Constitution and the Police Act empower the President to appoint an IGP, by implication, he could extend the tenure of a retiring IGP before concluding the required consultation with the Police Council and other processes required for the appointment of a substantive replacement.

The judge observed that the Constitution and the Police Act are silent on the issue of whether or not the President could extend the tenure of a retired IGP, particularly when such an extension done before the conclusion of the process of appointing a substantive IGP could not be sense as an extension in the real sense of the word.

Justice Mohammed found that the plaintiff established beyond any contest that President Buhari appointed Adamu the IGP on January 15, 2019 and that he retired from the Nigeria Police Force on February 1, 2021.

He also found that the President extended Adamu’s tenure as the IGP for the period of three months, effective from the date he retired.

The judge said: “The question that now calls for answer at this point is whether by the provisions of the Constitution and the Police Act, the first defendant (President Buhari) has the power to extend the tenure of the second defendant (Adamu) as the IGP.

“It is not in doubt that the first defendant has the power to appoint and did appoint the second defendant on the 15th of January 2019 as the IGP.

“The said appointment is not in contention as it was done in accordance with sections 215(1)(a) and 216(2) of the 1999 Constitution and the Police Act.

“While the provisions of both the Constitution and the Police Act are clear and unambiguous, and empower the first defendant to appoint the second defendant as the IGP.”

Justice Mohammed stated that he found the provisions of both the Constitution and the Nigeria Police Act to be silent on whether or not President could extend the tenure of an IGP whose tenure has ended.

“However, and to my understanding, the first defendant, having duly appointed the second defendant as that IGP in the first place, he has the right to extend his tenure pending the appointment of a substantive IGP.

“The said extension, stricto sensu (in strict sense) is not tantamount to appointment, but a stop-gap measure, pending the appointment of the substantive IGP.

“It is my firm opinion that pending the consultation with the Police Council, the office of the IGP cannot be kept vacant.

“In addition to that, both the Constitution and the Police Act do not expressly forbid the first defendant from either appointing or extending the tenure of the office of the IGP, who was already appointed in the first place, but was retiring.

“On the whole therefore, it is my finding that the plaintiff has abysmally failed to make out any case against the defendants that will entitle him to the grant of the reliefs sought. This suit is accordingly dismissed,” Justice Mohammed said.