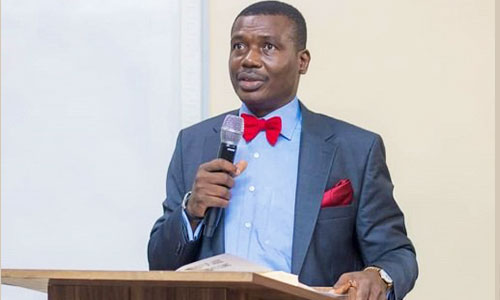 Senior Advocate of Nigeria, Ebun-Olu Adegboruwa, on Tuesday said Nigeria could not be classified along with China, North Korea and others that have banned social media.

Adegboruwa made his position known in a statement made available to journalists.

He said, “I do not agree, however, that our beloved nation Nigeria should be ranked amongst countries like China, North Korea and other totalitarian regimes that have the infamous record of banning, suspending or hindering social media.

“I urge the President to direct the reinstatement of Twitter in Nigeria whilst Twitter should take a second look at its policies and Rules to give room for engagement when perceived violations occur.

“Why is the Twitter ban so important to generate national discourse? In law, we deal with precedents, by which an occurrence serves as a benchmark to determine other subsequent ones. So, if it happens to Twitter, it can happen to Facebook, or Linkedin, Instagram, WhatsApp, Google, Yahoo or even the entire World Wide Web and can even graduate dangerously to the print and electronic media, ultimately.”

Adegboruwa argued that the President, as a user of Twitter, is bound by the rules of Twitter, which is a private organisation.
“My take on all these is that both parties should have exercised some restraint in the actions that they have taken. Twitter being a private organisation that the President willingly subscribed to, he is bound by the rules set up by the owners of the business and should not deploy his official position in aid of a personal grievance.

“On the other hand, Twitter should learn to give room for first offenders, by creating the template for warnings and such other sanctions that would not lead to outright punishment. It is the first time that the President has had this challenge and he should have been given an opportunity to remedy the alleged breach of the rules of engagement,” he said.

The learned silk also stated that the federal government has always shown its discomfort with the freedom of press.

“Before the present Twitter imbroglio, the Federal Government had always been very uncomfortable with the freedom enjoyed by the press. Earlier this year, the Honourable Minister of Information, Alhaji Lai Mohammed, informed us of the resolve of the government to regulate social media, with the attendant threats of sanctions for defaulters.

“He revealed that the President had approved the recommendations of a five-man Review Committee, set up to examine the existing National Broadcasting Code, which came up with several far-reaching recommendations, including suspension or withdrawal of broadcasting licence, outrageous sums to be imposed as fines, criminal prosecution, etc.,” Adegboruwa added.

“The statement by the President, re-igniting the echoes of the civil war was bad enough; to then proceed to post it on social media and insist that it should be kept as such, is most provocative and unexpected of the father of any nation. We cannot in good conscience compare the President with Mr. Nnamdi Kanu or any other individual, in deciding the enormity or weight to ascribe to posts to be retained on social media.

“Indeed, there have been very positive sides to social media, especially in aiding criminal investigations, in gathering intelligence and in tracking criminals and their sponsors. If we proceed on account of individual biases to block the channels that these platforms provide, we may end up cutting our nose to spite our face. Suspending Twitter on this occasion is definitely overkill,” he stated.