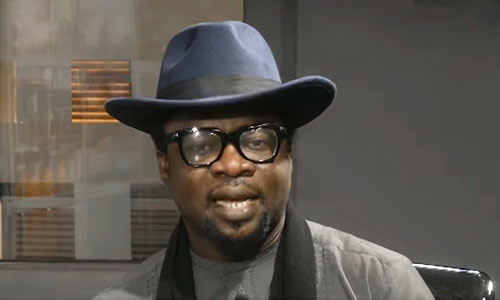 The widespread of the infectious Corona Virus now referred to as COVID19, with its attendant and towering impact on global economy has clearly become an existential threat to humanity. The pandemic is reshaping the world in ways that has expose humanity to the proclivities of a possible lockdown of the human race.

In Nigeria, we are daily inundated with the spread of the disease each day as the number keeps adding in proportion. As a national emergency, the National Centre for Diseases Control (NCDC) has been sensitizing the public to take precautionary measures by washing their hands and staying away from public gatherings. To maintain good hygiene and keep the environment clean.

Some state governors have asked civil servants to work from their respective homes so as to avoid movement and crowding around offices and work stations to curtail the prognosis of a higher risk of the spread of the virus. People with the symptoms are advised to call the toll free line of the NCDC for possible medical intervention.

The government of Nigeria is considering a total lock down of human and economic activities by asking her citizens to stay at home to enable it contain the spread of the disease. The government’s intentions may be to all intent and purposes geared towards protecting the citizens under a democratic dispensation. Such a good and noble intentions while commendable must come under the measure of law to enable enforcement of compliance in the long run.

Whilst the aforementioned measures are important the federal government of Nigeria headed by President Muhammadu Buhari must discharge its constitutional obligation as provided under the laws to give its order the breath of law in handling the outbreak of this pandemic which has become an existential crisis in our hands. And if the due process of law is ignored, as it appears, and we get fixated only by the panic on account of the effects of the disease we must still come back to the law to enable us get people sanctioned when contraventions to regulation and orders of government are detected anywhere around us.

The president of Nigeria under section 305 of the 1999 constitution as amended in circumstance like this must first declare a state of emergency in the country to enable him proceed on putting forth regulations which will thereafter form the fulcrum of any other policy in addressing the pandemic. In so doing, a legal framework is invoked by due process of law which will thereby see to it that everyone is brought under the sanction of the process as prescribed by law otherwise the citizens’ rights as provided for under chapter 4 of the 1999 constitution may be unlawfully breached by the government if it goes ahead to enforce executive order without due process.

Section 305 of the 1999 constitution makes a declaration as follows.

(1) Subject to the provisions of this Constitution, the President may by instrument published in the Official -Gazette} of the Government of the Federation issue a Proclamation of a state of emergency in the Federation or any part thereof.
(2) The President shall immediately after the publication, transmit copies of the Official -Gazette of the Government of the Federation containing the proclamation including the details of the emergency to the President of the Senate and the Speaker of the House of Representatives, each of whom shall forthwith convene or arrange for a meeting of the House of which he is President or Speaker, as the case may be, to consider the situation and decide whether or not to pass a resolution approving the Proclamation.

(a) the Federation is at war;

(b) the Federation is in imminent danger of invasion or involvement in a state of war;

(c) there is actual breakdown of public order and public safety in the Federation or any part thereof to such extent as to require extraordinary measures to restore peace and security;

(d) there is a clear and present danger of an actual breakdown of public order and public safety in the Federation or any part thereof requiring extraordinary measures to avert such danger;

(f) there is any other public danger which clearly constitutes a threat to the existence of the Federation; or

(g) the President receives a request to do so in accordance with the provisions of subsection (4) of this section.

(4) The Governor of a State may, with the sanction of a resolution supported by two-thirds majority of the House of Assembly, request the President to issue a Proclamation of a state of emergency in the State when there is in existence within the State any of the situations specified in subsection (3) (c), (d) and (e) of this section and such situation does not extend beyond the boundaries of the State.

(5) The President shall not issue a Proclamation of a state of emergency in any case to which the provisions of subsection (4) of this section apply unless the Governor of the State fails within a reasonable time to make a request to the President to issue such Proclamation.

To further buttress the fact with law, the Quarantine Act of 1929 clearly provided measures that should be taken in setting forth a regulation pursuant to the extant laws of the Federal Republic of Nigeria. Section 8 of the Act provides that ,

“subject to the hereinafter contained, the Quarantine Authority may make rules for implementing or carrying into effect any regulation in force by virtue of section 7 and for supplementing any such regulation as regard such matter for which the Quarantine Authority may deem it expedient to provide with the view to carrying into effect the purpose set forth in subsection 1″

Section 7 as mentioned above set out circumstances under which the law shall be invoked and section 1 refers to the purpose of this legislation which is strictly a law enacted to control and contain the outbreak of contagious disease in Nigeria and other matters connected thereto.

The law is very clear here. The frontline action of declaring a state of emergency must be taken by the President. That is the starting point, more so that the office of the president is created under section 130 of the 1999 constitution as amended, it therefore follows that the president is a creation of the Constitution and so the president cannot act outside the provisions of the law that brought him into existence, including the governors in the administration the states at all-times even under emergency situations.

I know Nigerians will say, under such emergency we should not be fixated by the letters of the law rather we should hurry up with directives and policies to save lives. That’s also not good enough. The pandemic is a global crisis and in the midst of it, the United Kingdom and the United States declared state of emergency when it became apparent that their citizens were flouting executive orders under serious threat of public safety pandemic spread exponentially. The declaration of emergency is a valid measure; a condition precedent to containing the pandemic and we must do just that right now.