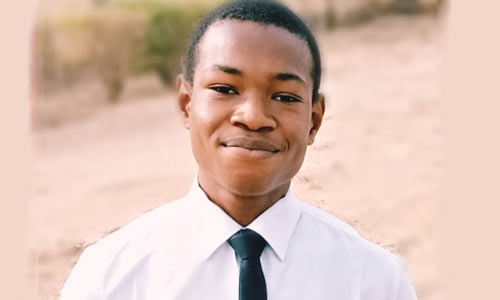 Breaking the Ice and Setting the Stage Right

The Nigerian primary education sector has through the years been plagued by a number of phenomena amongst which are child labour and child abuse. The Almajiri system in another light has not always been considered a problem to the primary education system not until recent studies and developments proved contrary.

While primary or basic education has been identified to be a major and incontrovertible drive for development particularly sustainable one of any nation, yet the existence and prevalence of these nefarious activities, circumstances and institutions militating against Nigeria’s primary education system does not augur well for the endeared Nigeria.

Conscious of these verities, the Nigerian government over the years introduced a number of policies and measures by way of reformations to shield the primary education scheme within the country from the ills of child labour, child abuse and the Almajiri system as well as to ensure that the institution of primary education achieves its original goals and objectives. Amongst such measures as evolved are the ratification of the International Labour Organisation (ILO) Convention 138 prohibiting child labour, the promulgation of the Compulsory, Free Universal Basic Education Act 2003, the enactment of the Child’s Right Act 2003 etc.

It is against this background that this article attempts to examine the extent to which the bane of child labour, child abuse and the Almajiri system as extant in Nigeria, constitute a problem to the wellbeing of Nigeria as a country while proffering timely recommendations to salvage Nigeria’s primary education system.

The phenomenon and concept of Child Labour is defined by the International Labour Organisation as the exploitation of children through any form of work that deprives children of their childhood, interferes with their ability to attend regular school, and is mentally, physically, socially or morally harmful while, child abuse or child maltreatment refers to a physical, sexual, and/or psychological maltreatment or neglect of a child, especially by a parent or a guardian.

As affecting Nigeria, the Child Rights Act which is primus inter pares on rights accruing to children in Nigeria defines Child Labour under its broad provisions of Section 28 in terms identifiable to those of the International Labour Organisation. On the other hand, Child abuse is regulated by the cumulative provisions of the Nigerian Criminal, Tortuous and Family Law and incorporates a number of offences which has oftentimes being subject of determination in Courts such as general child injuries, sexual abuse, physical abuse, emotional neglect, physical neglect etc.

Yet, Nigeria, despite having enacted significant laws aimed at curbing the practices of child labour and abuse, statistics evaluating the prevalence of child labour and abuse are very alarming. In fact, the United Nations Children’s Fund (UNICEF) estimations puts child labour prevalence in Nigeria at 43% of the entire children populace while child abuse stands at 60% of the entire children populace revealing a real-failure of extant mechanisms.

However, the effects of these statistics cannot be more appreciated other than in relation to the primary education system of Nigeria which further has a compounding effect on the sustainable development objectives of Nigeria as education has been identified as a critical drive for sustainable development. In effect, children engaged in child labour are usually underrepresented in primary school settings in Nigeria due to non-enrolment or even availability of little or no time for academic activities on the part of the affected children. The resulting effect being total or partial abstention from schooling. The very few who are able to attend classes usually end up with bad grades resulting from their engagements which either do not afford them sufficient time for studying or render them too weak for studies. This is further accentuated by the fact that stress in early ages can disrupt learning and cognitive abilities significantly.

Indeed, the issue of child labour in Nigeria in recent years has been on a perpetual increase. This is despite the provisions of extant laws in force in Nigeria which prohibits child labour in all its forms. However, due to Nigerians’ acculturation to impunity, the practice does not only prevail in local and urban communities but even within institutions set up to mitigate it. Hence, in some parts of the country, pupils are made to cultivate large farmlands and clear big bushes under the pretext of studying agriculture and practicing sanitation respectively.

The cumulative effect of these is a drastic fall in the standard of education at the primary school level which consequently has severe effects on the whole educational apparatus and the developmental objectives of the country.

“Almajiranci”, Hausa for the Arabic word “al-Muhajirun” and the Anglicised “Almajiri System of Education” is a system of Islamic education practiced across the world and prevalent in present day northern Nigeria. Historically and as affecting Nigeria, the Almajiri System originated in the Kanem-Borno empire as early as the 13th century with the introduction of Islam in the region. The practice would have gained momentum with the advent of the Sokoto caliphate of Usman Dan Fodio in the early 19th century and would have continued to the colonisation of Nigeria and further into the Independent Nigeria.

As a system, it originally consisted of Islamic theological boarding schools, funded by the State treasury and tasked with the responsibility of inculcating Islamic knowledge and doctrines in the Almajirai who usually are young children. However, with the British colonization of Nigeria, State funding of these schools was stopped.  As a build-up to these developments, the mallams engaged these vulnerable children into alms begging in order to meet up with the most basic needs of feeding and clothing. Today, Almajiri has become synonymous with street begging in Nigeria.

While this is appreciated, it is noteworthy that the Almajiri system of education and the formal primary education system in Nigeria has for the most part been incompatible despite government attempts at running parallel educational systems. Hence, in a turn of events, the government had made attempts to integrate the Almajiri System into the formal primary education system, albeit with colossal failures.

This is particularly grave as the continuing existence of the Almajiri system constitutes a threat to the primary education system in Nigeria as the Almajiri System discourages children, parents and guardians from enrolling the children and wards into the formal primary education system given its relative inexpensiveness and the strong support the Almajiri System enjoys from the indigenous populace. The consequence of this is that the right to compulsory primary education for children guaranteed under the cumulative provisions of Section 18 of the 1999 Constitution of the Federal Republic of Nigeria and the Compulsory, Free Universal Basic Education Act 2003 is not upheld and the achievement of sustainable development goals is further impeded.

Final Remarks and the Way Forward

While the government has over time attempted to remediate the situation, yet the effectiveness of extant mechanisms, measures and reformations remains minimal. In this light, it is respectfully proffered in guise of recommendations that the government proscribes the Almajiri System and enact laws to enable the prosecution of parents and guardians who consciously induce their children or wards into Almajiranci.

Furthermore, the government through the judiciary must muster enough political will that would ensure that matters of child labour and child abuse as affecting the primary education brought before it is properly scrutinized and convicted offenders appropriately dealt with. While this is done, a sensibilisation campaign on the importance of primary education has to be undertaken by the government and all stakeholders across the country to the effect of promoting the institution of primary education in Nigeria.

Finally, the government must increase funding of the Nigerian primary education system in line with the UNESCO standard of 15% – 26% of its annual budget to the effect of making primary education effectively and practically free particularly as poverty which is prevalent in Nigeria constitutes a major drive for child labour, child abuse and Almajiranci.

It is strongly contended that the implementation of these measures will effectively tackle the banes of child labour, child abuse and the Almajiranci while significantly improving the Nigerian primary education system.