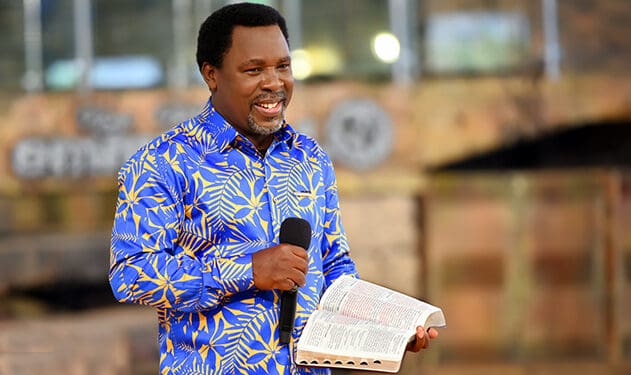 Odumosu disclosed that the founder of the Synagogue Church Of All Nations (SCOAN) was officially pronounced dead by a hospital around 3 am.

The CP said the popular prophet walked out of his church service into his apartment after feeling uncomfortable on Saturday.

He disclosed that members rushed him to a hospital when he was discovered unconscious.

“It is true he is dead. I do not know the cause of his death yet. But the information we have is that he was conducting service.

“Along the line, he felt uncomfortable, walked to his apartment himself and never came back.

“His people thought he probably wanted to rest or refresh but when they didn’t see him after a long while, they went in search of him and found him in an unusual position.

“The service started in the evening. But it was around 3am that he was pronounced dead by a hospital,” Odumosu told newsmen in Lagos.

Evelyn, wife of TB Joshua, had earlier corroborated Odumosu’s remark when she said the clergyman was discovered unconscious in his private apartment.