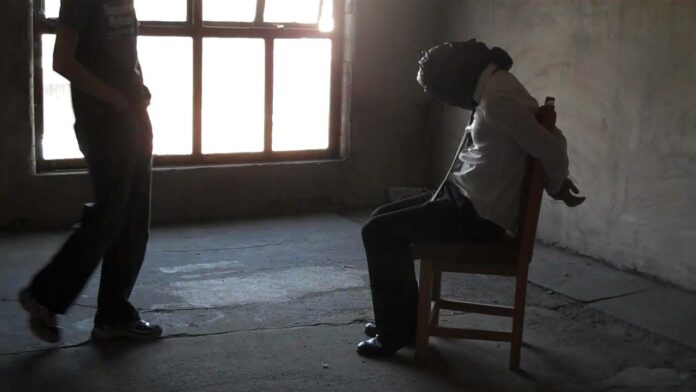 Some suspected kidnappers have allegedly dropped letters to family members of a US-based Professor of Fine Arts, Prof Onoyom Ukpong kidnapped on Thursday.

A family source who pleaded for anonymity said that the letters were dropped at various locations on Monday by unknown person suspected to be the kidnappers.

“When we saw one of the letters in a white envelope, we doubted who would have dropped a sealed letter at the ground in the compound. We were curious and picked it.

“Though, we did not see the person who brought and dropped it, we opened it and saw the content which was written by our brother, the Professor Ukpong. He said the family should make haste to pay the ransom.

“He also asked the Spiritual Leader of the Brotherhood of the Cross and Star to call the number written there in and commence negotiation with a view to paying the ransom on or before the end of Monday.

“You know, the victim is a Christ Ambassador in the Brotherhood of the Cross and Star and we believe that was why he mentioned the Spiritual leader in the letter,” our source alleged.

Professor Onoyong Ukpong was kidnapped on Thursday by about 10pm after coming back from an outing. He stepped out to lock the gate of the family house when suspected kidnappers picked him took him away to unknown destination.

His handset, according to our findings was reportedly dropped on the ground and his house helper allegedly claimed that he picked it up on Friday and gave it to the brother of his master (Professor) on Saturday morning.

When contacted the Spokesperson of the Brotherhood of the Cross and Star, Christ Ambassador Edet Archibong on Monday, he said he was doing some findings.

But a family member, Engineer Edet Ukpong confirmed to our correspondent via phone on Monday that a letter written by the Professor was seen in the compound.

When we contacted the Police Public Relations Officer (PPRO) DSP Irene Ugbo, she said, “Let me fine out, will ge back to you”.