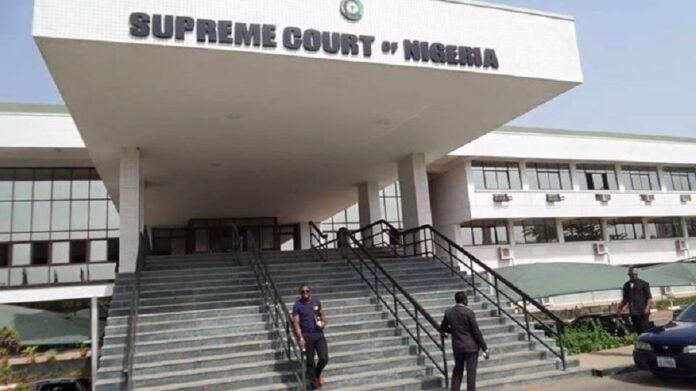 The number of Justices of the Supreme Court has dropped to 13 following the retirement of Justice Abdu Aboki.

Justice Aboki, according to a statement by the court’s spokesman, Dr. Festus Akande, stepped off the apex court’s bench on August 5 upon attaining the statutory retirement age of 70.

His statement reads in part: “Justice Aboki clocked 70 years, being the statutory retirement age for justices of Supreme Court on Friday, 5th August, 2022, but the valedictory court session could not hold then due to the annual vacation of the Court.

“Hon. Justice Abdu Aboki was sworn-in as Justice of the Supreme Court alongside seven other distinguished jurists on the 6th day of November, 2020; thus spending a rather short period of one year and eight months on the apex court’s bench.

“His Lordship was born on 5th August, 1952 in the commercial city of Kano.

“He had his primary and secondary education in Kano State before proceeding to Ahmadu Bello University, Zaria where he studied Law.

“Justice Aboki was appointed a High Court Judge in Kano State Judiciary in 1987.

“His Lordship had served in different capacities in many Committees at different levels of courts in the course of his career.

“He had equally attended several conferences and workshops where he presented scholarly papers within and outside the country.” (Nation)