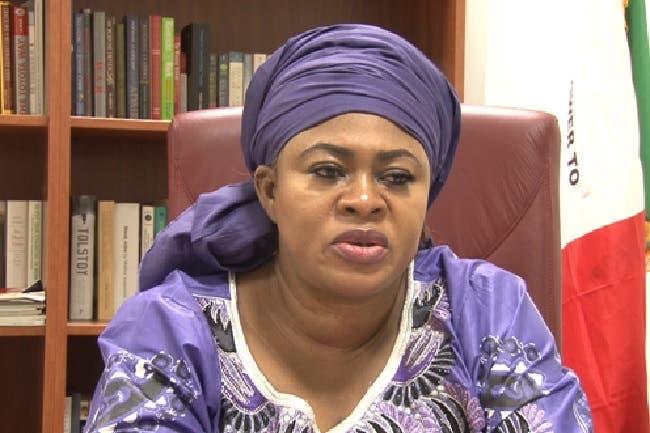 The letter, signed on the DG’s behalf by the Director, Press and Public Relations, Eddy Megwa, stated that Oduah was mobilised for national service in Lagos in the 1982/83 service year.

It claimed that she commenced her NYSC programme but absconded soon after orientation.

The letter was in response to an inquiry by a group known as the Concerned Anambra North PDP Stakeholders seeking to validate a claim that Oduah lost her NYSC certificate.

The NYSC said Oduah was thus, not qualified for the issuance of the NYSC Certificate.

The group had written a letter to the NYSC accusing some officials of the agency of colluding with Oduah to hide the truth, but the agency denied the claim in its response.

The NYSC’s response, seen by The Nation, was titled: ‘Re: Doubtful NYSC Participation Collusion of Some Unscrupulous Staff of NYSC Concerning Stella Adaeze Oduah (Senator), Save the Image and Reputation of the Scheme’.

“In response to your request, we wish to state that the facts of the matter remain as follows: Stella Adaeze Oduah was mobilised for national service in 1982/1983 service year and deployed to Lagos State.
“After the orientation course, she absconded and never completed the national service. The consequence of this is that she is not qualified for the issuance of the certificate of national service,” the letter reads in part.

According to Concerned Anambra North PDP Stakeholders, Oduah deposed to an affidavit and obtained a police extract in 2014 where she stated that sometime in 2010 while in transit from Akili in Ogboru Local Government Area to Abuja, she discovered that some of her personal belongings were missing.

Some of the items included “Originals of my West African School Certificate of 1978 from Zixton Secondary School Ozubulu, First School Leaving Certificate from St. John Odoakpu Onitsha, Bachelor of Science in Business Administration Certificate 1982 from St Paul’s College Lawrencevile Virginia USA, National Youth Service Corps Certificate 1983, National Identity Card, United States of America Social Security Card with the number on it.”
Attempts to get a response from Oduah proved abortive as her telephone line indicated that it was switched off.