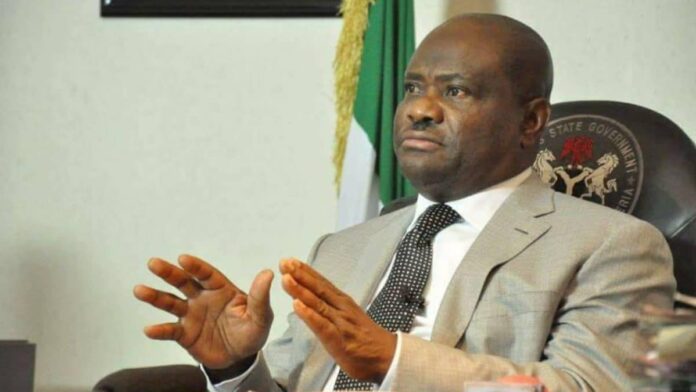 Residents and business owners using the old University of Port Harcourt Teaching Hospital building in Port Harcourt have cried out over the demolition of the structure by the Rivers State Government.

Our correspondent, who visited the scene, reports that the occupants had taken possession of the uncompleted building and converted it to living quarters and business points.

The occupants, who expressed sadness over the demolition, said they had been rendered homeless and deprived of their means of livelihood, claiming that they were not given enough time to vacate the place.

They also said they would have sought alternative accommodation if the government kept to the time it gave them to leave, rather than their hasty eviction and demolition of the property.

They, however, appealed to the state government to provide them with alternative shelter and means of livelihood to make up for their losses.

One of the occupant, who identified herself simply as Sisi said, “The government said we should vacate the place, but we have been pleading with it to give us some time. Government officials said the time they would give us is this month, 13th of January. It is not yet 13th, but they now came and pushed us out.

“Even though they want us out of this place, they can give us at least two or three months so that we can find other places to stay; after all, we have been trying to keep the place clean.”

Similarly, a middle-aged man said, “They should have given us enough time to get a new place and continue our business. Things are difficult and this is January. Where am I going to start from now with my children?”

A lady said, “I build this shop with my money. Now, all my sweat is gone. The money I was supposed to spend on taking care of myself, because I am not feeling well, I put it here so that I would be seeing something to eat. Now tell me, where will I go?”

But the State Commissioner for Physical Planning and Urban Development, Austin Ben-Chioma, said the occupants were given more than enough time to vacate the facility, adding that structures near the old UPTH building were demolished to get rid of criminals.

Ben-Chioma, who noted that the area had become a hideout for criminals, warned the affected occupants against returning or be ready to face the full wrath of the law, adding, “We got credible information that illegal occupants at the old UPTH here in town were using the place to perpetrate criminal activities.

“Criminals were having a free reign. So, we got the information and moved in. We gave them a notice of seven days. Now, we are carrying out the demolition properly. Although it was supposed to be demolished on December 22, but because of logistics and other things, we shifted it till now.”