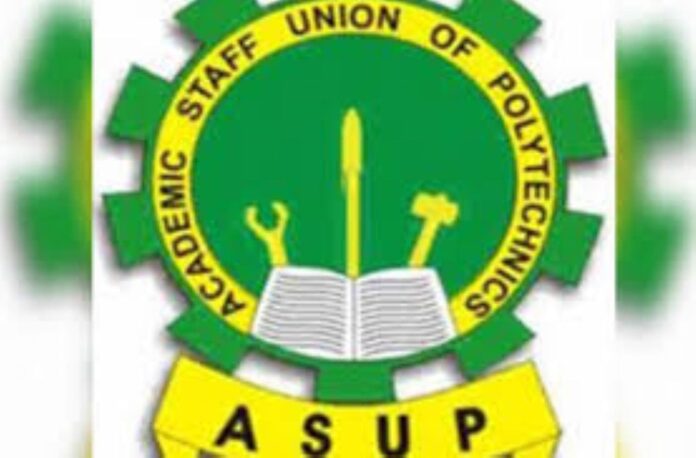 Lecturers of public polytechnics in Nigeria said they would down tools if the government fails to meet their demands.

The lecturers, under the auspices of the Academic Staff Union of Polytechnics (ASUP) said a strike action became inevitable as the one month ultimatum the union gave the government expires next week Wednesday.

After Thursday’s emergency congress of ASUP Zone C, held at the Abraham Adesanya Polytechnic, Ijebu Igbo, in Ogun State, the union insisted that the Federal Government must meet its demands before the expiration of the one month ultimatum.

Addressing newsmen, the Zonal Coordinator, Yekini Asafe said ASUP had in June 2021 suspended its 61-day industrial action, following the signing of a Memorandum of Understanding with the government.

Asafe said due to the failure of the government to meet their demands, the union may have no option other than to resume the suspended industrial action.

He said the NEC meeting scheduled for Abuja on May 4 was to take the decision.

According to him, the union is asking the government to address the non-release of the revitalisation funds for the sector; the non-release of arrears of the new minimum wage; and failure to release the reviewed nomination instruments for institutions and managements among others.

He noted that Moshood Abiola Polytechnic, Abeokuta, Ogun State and Kaduna Polytechnic, Kaduna do not have substantive Rectors despite the conclusion of the processes for their appointments.

He charged the government to attend to their demands so as to avoid shutting down polytechnics nationwide.

“We are using this medium to appeal to members of the public to prevail on the government to do the needful and avoid a shutdown of the sector,” he pleaded.