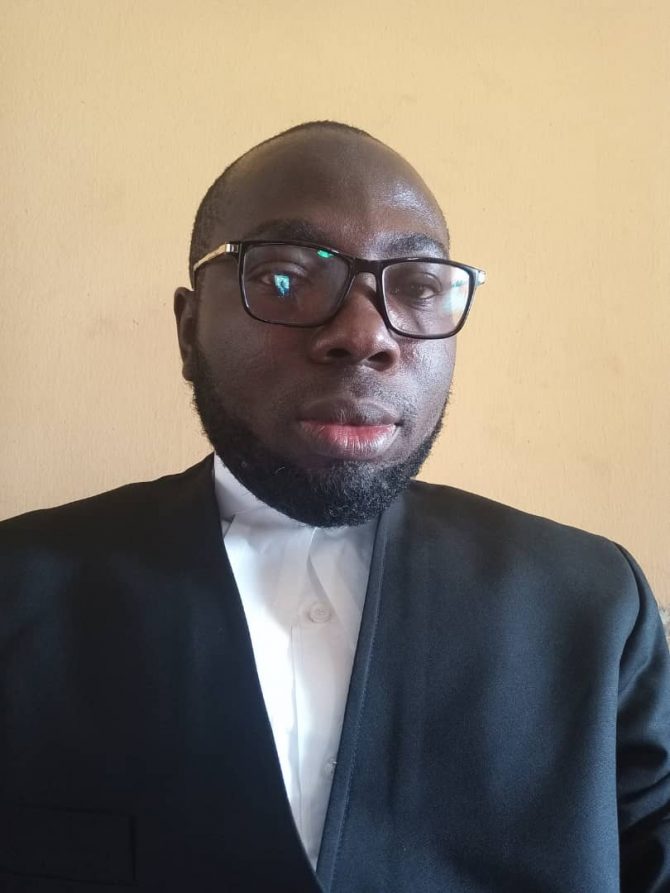 N. B. A. V. OYEWO: On what constitutes misconduct in legal profession-: Legal Practitioners Disciplinary Committee Of The Body Of Benchers (Holden at Abuja). CITATION: [2020] 17 NWLR PT.1754 AT 544. Courtesy: Moruff O. Balogun Esq.

Sometime in the year 2009, following a land dispute over a property described by the petitioner as an acre of land situate along K.M. 22, Badagry Expressway Okokomaiko Lagos State, petitioner engaged the services of the respondent as his solicitor on issues relating to the disputed property (which petitioner allegedly purchased in the year 1994).

The petitioner alleged that he released all relevant materials i.e. documents relating to the disputed land to the respondent. According to him, he wrote a letter to the respondent mandating him to write the office of the Head of Momodu Msanje Atanobo Ruling House Okokomaiko Lagos State to stop trespassing on the disputed property which instruction the respondent executed vide letter dated 24th November, 2009.

The petitioner alleged that to his surprise in January, 2015 he was served with a writ of summons dated 2nd October, 2014 and issued by one Anthony Kehinde Williams, Esq. with address at Kobomoje Chambers, No.2 Beecroft Street, Off Lewis Street Lagos. Petitioner stated that in the aforesaid writ of summons the plaintiff claimed inter-alia: that the petitioner had trespassed on the disputed property allegedly belonging to one Laboi Industries Ltd. PW2 stated that the Baale of Okokomaiko, Chief Musediko Ishola Jatto was joined as claimant in the suit. Petitioner further alleged that the office address of the issuer of the aforesaid writ was the same office address and Chambers of the respondent whom he had engaged for the subject matter of the writ.

He alleged that the respondent and his opponent’s counsel were one and the same as both shared the same office space though practicing under different names and styles i.e. respondent as Kobomoje Chambers, and his alleged opponent’s counsel as Boluwatife Chambers. Petitioner alleged that at the time of his brief, the respondent did not disclose his interest aforesaid hence, respondent took advantage of petitioner by using information received under privileged circumstances against the petitioner.

In determining the matter, the Legal Practitioners Disciplinary Committee considered the provisions of Rules 1 and 17(6) of the Rules of Professional Conduct for Legal practitioners.

Rule 1
“A lawyer shall uphold and observe the rule of law, promote and foster the course of justice, maintain a high standard of professional conduct, and shall not engage in any conduct which is unbecoming of a legal practitioner”

Rule 17(6)
“Where a lawyer is required to decline employment or to withdraw from employment under any of these rules, no partner, associate or any other lawyer affiliated with him or his firm may accept or continue such employment”

The following issue was raised and determined by the Committee:

Per J.B.DAUDU, SAN:
It is our considered view that Kobomoje Chambers is related to Boluwatife Chambers since the respondent has not denied the fact that Anthony Kehinde Williams of Boluwatife Chambers had been using the same address as that of the respondent i.e. No. 2 Beecroft Street Off Lewis Street Lagos Island even though according to the respondent it is only for correspondences. The absence of any evidence of a designated address for Mr. William’s office other than respondent’s address and office space surely raises a lot dust for the respondent. The only inference one can draw from this is that both DW1 and DW2 use the same office as their Chambers and that presuppose some measure of control an act which infringe section 17(6) of the Rules of Professional Conduct 2007″.