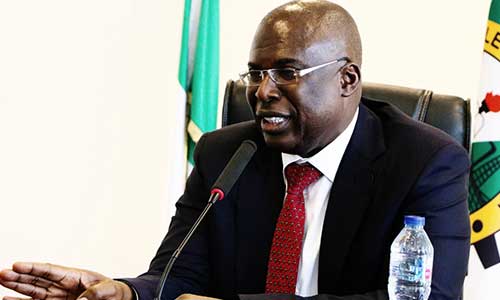 The Minister of State for Petroleum Resources, Timipreye Sylva, has tasked the people of Niger Delta on effective utilisation of the three percent equity provided for development of host communities in the Petroleum Industry Bill (PIB).

Sylva stated this when he played host to some leaders and elders of an Ijaw group who visited him in the aftermath of the passage of Petroleum Industry Bill in Abuja.

The minister insisted that effective management of the three percent equity is necessary given that the host communities have in the past suffered untold hardship due to clashes of interest among the political leaders in the region.

He lamented a situation where communities in the Bonny Island cannot access funds paid to them by the Nigeria Liquefied Natural Gas Company, NLNG, following court cases instituted by some individuals, who considered themselves as the right people to hold the funds in trust.

He told the guests that the allocation of three percent equity meant for development of Niger Delta was a good development, saying that the PIB has suffered passage into law for the past 20 years, adding that the elders should continue to sensitize communities on the need to secure public assets in their areas.

“We have told the multinational oil companies to relocate their headquarters to the Niger Delta region for smooth operations,” he said.

According to the minister, the Federal government will immediately engage the host communities and sensitize more stakeholders on the three percent equity after the presidential assent.

“We need to have more stakeholder engagement on the three percent allocated to the communities. People need to know that it is from production costs and not from profit. The production cost is always higher than the profits,” he added.

The delegation commended Sylva for the way he managed the affairs of PIB before it was passed into law after 20 years.