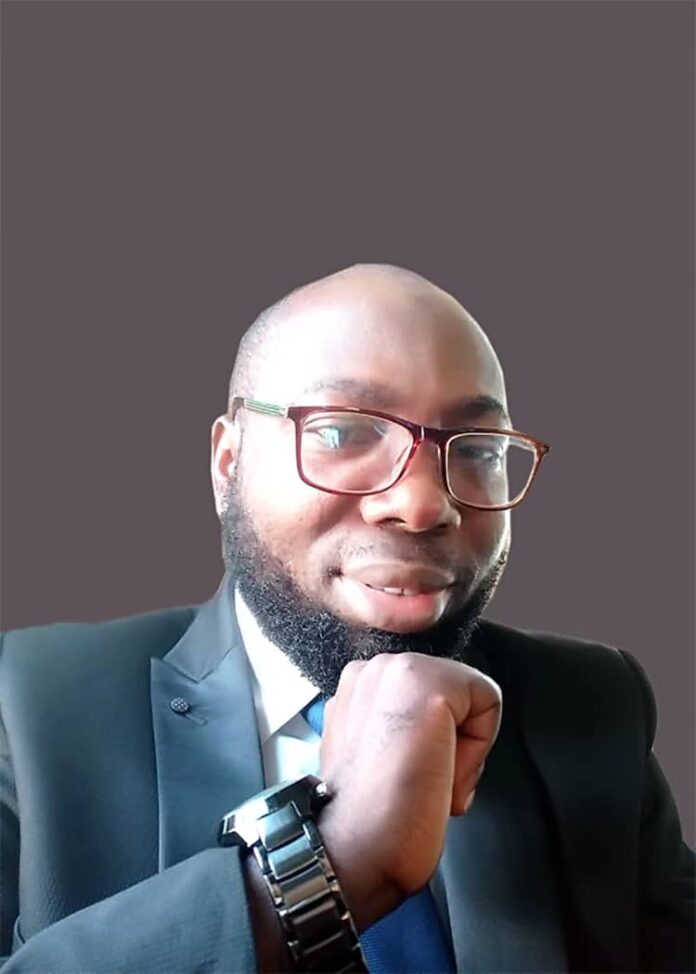 Summary of facts:
At the High Court of the Federal Capital Territory Abuja (the trial court), the respondent claimed the right of occupancy in respect of a plot of land situate at Asokoro District of Abuja covered by Certificate of Occupancy No. FCT/ABU/MISC/17992 and sought to recover possession of the said plot from certain persons whose identity was unclear and sued them as “Person, Names Unknown”.

The said “Persons, Names Unknown” entered a conditional appearance and no more, upon which the trial Court summarily entered judgment against them or (him) i.e. the present appellant.
Being dissatisfied, the present appellant appealed to the Court of Appeal. The respondent thereafter challenged the jurisdiction of the Court of Appeal and raised seven issues for determination. One of the issues contended that the appellant did not identify himself or disclose his interest and that he did not obtain the leave of court before commencing the appeal. In response, the appellant sought and obtained the leave of the court to reply by way of oral argument to the point raised by the respondent in its brief to the effect that the appeal was incompetent and thereby robbed the court of jurisdiction to hear the appeal. It was consequent upon their submissions, that the Court of Appeal dismissed the appeal.

Aggrieved by the decision of the Court of Appeal the appellant appealed to the Supreme Court.

Held (Unanimously striking out the appeal):

The following issues were raised and determined by the Supreme Court:

On whether a faceless or unidentified party can maintain or sustain an action in court- A faceless or unidentified party in this instant case Person Unknown cannot be allowed to maintain or sustain an action without first of all, identifying itself and expressing the interest it has in the matter/suit or appeal and obtaining the necessary leave if it is an appeal. In the instant case, such identity was not brought to the open by the appellant, not to talk of prior obtaining leave. The appellants were simply mere squatters and no proceedings can be taken against them in an action of recovery of possession until and unless they were named as defendants.

Despite the ample opportunity at their disposal, the appellant failed to disclose their identity even when the memorandum of appearance was filed on their behalf and all through the proceedings, they chose to remain unnamed, unknown, anonymous, and
Unidentified.

On need for disclosure of proper parties in an action and effect where proper parties are not before court-
The disclosure of proper parties to an appeal, suit or action is imperative and paramount as it affects the jurisdiction of the court, since it goes to the root of the appeal, suit or matter. It is the law that issues of jurisdiction can be raised at anytime even in limine, before the apex court. Therefore, where proper parties to an action, suit or appeal are not disclosed, then the court is bereft of jurisdiction to hear and determine the matter. In the instant case, the appellant did not disclose its identity as well as its interest in the action and it also failed to obtain leave as rightly found by the Court of Appeal.
Therefore, by the non disclosure of its identity but merely commencing proceeding and maintaining the suit in the name of “Persons, Name Unknown” throughout, the appellant had no locus standi to maintain the instant appeal. The appeal was therefore incompetent.

On need for party sued as person unknown to identify himself by name and seek leave to appeal as a person interested in the matter-
A party sued as a person unknown is expected to quickly identify himself and apply to be made a defendant and he can only appeal from a decision after making out a prima facie case that he is a person interested, aggrieved or prejudicially affected by the judgment or order and should be given leave. Obtaining leave is a pre-condition to be satisfied before the appeal can be said to be properly before the court.

Failure to obtain leave as in the instant case renders the appeal incompetent. In the instant case, the appellant had the opportunity to disclose its identity when the memorandum of conditional appearance was filed on its behalf but chose to remain anonymous throughout. The fact that the respondent’s solicitor addressed the quit notice to the Manager, Kesthern Hill Top Restaurant did not clothe Kesthern Hill Top Restaurant with legal personality. Consequently, the onus was on the appellant to disclose its legal personality. Without making such a disclosure, it had no capacity to
maintain the appeal. The appeal was incompetent and it was accordingly struck out.

On whether person unknown or faceless person can appeal –
A person unknown cannot appeal on a matter unless he identifies himself by name and seeks leave to appeal as a person interested therein. In the instànt case, there was nothing in the record to show that the appellants (persons unknown) had identified themselves or made any attempt to show their interest in the matter at the trial court, neither did they seek for leave to appeal.
A party to a suit who feels comfortable remaining faceless can never obtain relief from a court of law. In the instant case, the respondent sued those he termed as unknown persons, because it was not possible for it to know those who had put structures on its land. Those who are appealing as unknown persons cannot claim that they do not know themselves. The right thing for them to do, immediately the suit was filed, was for them to disclose themselves, and then apply to join as interested defendants, but this they failed to.

On meaning of a squatter-
A squatter is one who, without any colour of right, enters an unoccupied house or land, intending to stay there as long as he can.

On remedies available to land owners against squatters-
A land owner is not obliged to go to the courts to obtain possession. He is entitled, if he so desires to take the remedy into his own hands. He can go in himself and turn them out without the aid of the courts of law. Although, this is not a course to be recommended because of the disturbances which might follow as the legality of it is beyond question. In a civilized society, the courts provided a remedy which is speedy and effective and thus make self help unnecessary.

The owner of the land is entitled, to go to court and obtain an order stating that he
wants to recover the land, and to issue a writ of possession immediately. A summons can be issued for possession against squatters even though they cannot be identified by name and summarily. An order of court can then be obtained and enforced by a writ of possession immediately. Such an order is the authority under which anyone who is squatting on the premises can be turned out. In the instant case, the appellant was a squatter, the respondent was right to approach the court in order to reclaim possession of the land illegally occupied by the appellant.

On who can exercise right to appeal against decision of High Court-
The right to appeal against the decision of a High Court to the Court of Appeal is vested by sections 241 and 242 of the 1999 Constitution. The right of appeal, by virtue of section 243 of the same Constitution, is exercisable, in the case of civil proceedings, at the instance of either a party to the proceedings at the trial court or at the instance of
any other person having an interest in the matter. It appears that the person purporting to exercise the right of appeal in the instant case is one that comes under the category “of any other person having an interest in the matter”. For this category of persons, the purported appellant has, as a pre-condition, the duty to first apply for and obtain leave to appeal as a party interested before he can appeal. The courts are not established and maintained at a huge cost to the public to accommodate or even tolerate busybodies, some of whom are faceless as the instant appellant. The appeals at the Court of Appeal, and in the Supreme Court, were both incompetent and were accordingly struck out.

On when court can raise issue suo motu without hearing from parties-
A court of law shall not raise an issue suo motu and decide upon it without hearing parties on it. This applies mainly to issues of disputed facts. However, in some circumstances, the court can raise issues of law or jurisdiction suo motu and without hearing the parties decide upon it. In the instant case, the issue was not on disputed facts. It was on competence of the court to entertain the appeal. It was not also raised suo motu at the Court of Appeal rather the respondent raised it as a preliminary objection.
The appellant erroneously overstretched this principle of law in his response to the respondent’s preliminary objection.