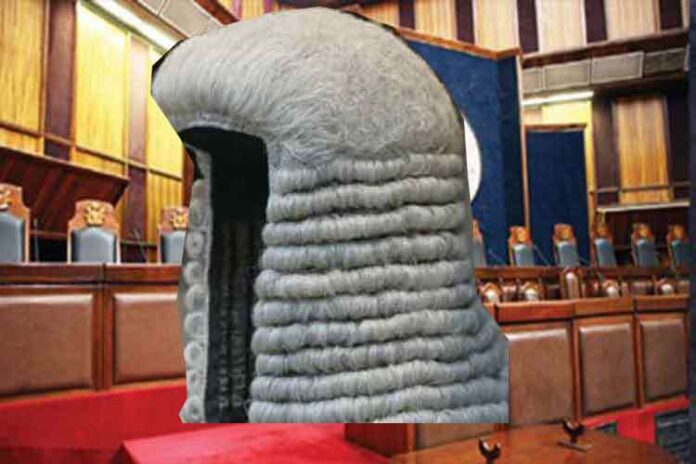 Hon. Sir Ndubuisi Nwobu, the Anambra State Chapter of PDP has urged the Chief Justice of Nigeria to intervene in the present matter before Hon. Justice Charles Chukwudi Okaa of the Anambra State High Court, by directing the Chief Judge of the State to urge the trial Judge to recuse himself from further hearing the matter that has to do with PDP before it in suit no. A/159/202.

This is contained in a petition dated 27th day of July, 2020 addressed to the CJN which was made available to TheNigeriaLawyer.

According to him, he alleged that the Judge has shown a personal interest in the matter owing to his refusal to grant an application where he sought to join as a party, in a suit that directly affects him being the PDP Chairman of the State.

Besides, he noted that the Plaintiff has initially boasted that the Judge has been compromised not to grant the application he made.

“That I sought to be joined believing that justice shall be done notwithstanding the street boast by the Plaintiff and his solicitor, Barr. Tagbo Ike, that they have settled the Judge and that he would refuse my joinder application.” He said.

Furthermore, he contended that the Judge refused a similar application from party members who sought to be joined.

However, he noted that the Judge’s son has an affiliation to APGA which indicates an attempt to frustrate the party.

Thus, he appealed to the CJN to prevail on the Anambra CJ to direct the trial Judge to hands off the matter.

“That I further urge your Lordship to direct Justice Charles Chukwudi Okaa of High Court 2 Akwa through the Chief Judge of Anambra state to disqualify himself as judge in the above-mentioned suit in which the outcome will directly affect me.

“That only a preemptive administrative action from your lordship can arrest the decent into judicial brigandage,” the letter stated.