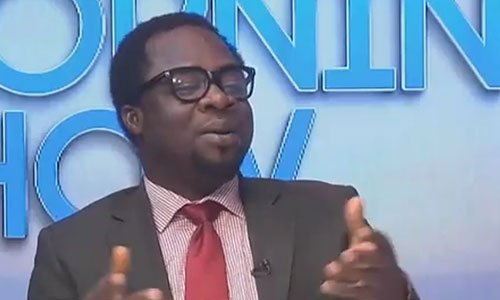 From horrific incidents of police brutality and complicity in indiscriminate attacks by triads on citizens to arbitrary mass arrests and the banning of demonstrations, the government has employed nearly every weapon in its war chest to intimidate Nigerians into silence and to suppress their popular struggle for democracy and freedom.

The Public Relations Officer of the Nigerian Police Force, Olumuyiwa Adejobi, tweeted recently and I quote.

“If a policeman in uniform slaps a civilian, the civilian has no right to retaliate. More so, if he’s on the uniform, it’s an act of disrespect to Nigeria to beat an officer on a uniform,”

I dare say that this position is misleading and unfortunate. The PRO of the Nigerian Police misdirected himself and the entire Police Force with that remark and I found it rather repulsive to say the least.

The Administration of Criminal Justice Act 2015 and the Police Establishment Act 2020 is clear on this issue. The law enforcement personnel have been prohibited from subjecting Nigeria citizens, including criminal suspects to degrading, humiliating or inhuman treatment.

By virtue of section 2 (b) of the Anti- torture Act 2017, states that torture is deemed committed when an act by which pain and sufferings, whether physical or mental, is intentionally inflicted on a person to punish him for an act he or a third party has committed, the penalty for assaulting a civilian is 25 years imprisonment under the Anti-torture Act. In addition to this however, a victim may sue for monetary compensation under the Act and the Constitution.

The police PRO by his functions is expected to know the relevant provisions of the law as it relates to police-public relations, to give the public a balanced information, explain all sides to the laws, regulations and directives before dishing them out to the public.

A public relation officer must be versatile and engaging with the public with skillful communication and understanding of issues devoid of confusion and misdirective inferences that may pitch the people against the police which may lead to a breakdown of law and order.

The twit under reference, if not well processed by the rank and files of the Police Force, may be understood as a license for police to go on a slapping spree against innocent citizens. Police brutality is intolerable and no officer is permitted under the law to brutalise anyone however grave the provocation or alleged offence.

I would therefore advocate that the Nigerian government must set the right kind of policing it wants to have and recruit the right persons with the relevant skills to deploy these functions with diligence, patriotism and integrity.