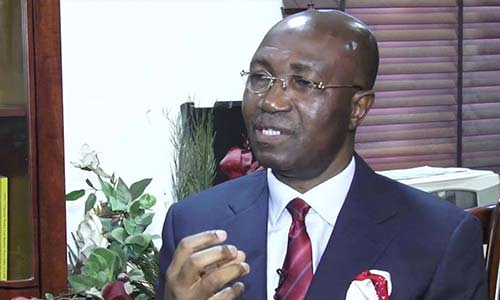 A Senior Advocate of Nigeria (SAN), Chief Wole Olanipekun, has written the Chairman of the Independent National Electoral Commission (INEC), Professor Mahmood Yakubu, over alleged mischief of INEC in court cases on the just concluded by- election for Cross River North senatorial district.

INEC had declared Senator Stephen Odeh of the Peoples Democratic Party (PDP) winner of the December 5 senatorial by-election after winning majority of lawful votes cast by the electorate in the district.

Consequently, the electoral umpire issued him Certificate of Return and Odeh was accordingly sworn in as senator representing Cross River North senatorial district at the National Assembly.

However, INEC based on a court judgment which purportedly declare Hon. Jarigbe Jarigbe as the lawful candidate, issued another Certificate of Return to Jarigbe.

Prior to the delivery of the judgment late December, Olanipekun had in the letter dated December 21 and addressed to the INEC boss, “Protest the way and manner INEC attended to suit CV/77/2020”, which involved one Chief John Alaga and Jarigbe and INEC.

According to him, the suit filed before a High Court of the Federal Capital Territory (FCT) was a deliberate attempt to “scheme out Odeh and the PDP by not joining them as parties in the suit”.

He explained that INEC who was a defendant in the suit acted mischievously when it failed to draw the attention of Odeh and PDP to the suit knowing fully well that Jarigbe and Odeh have filed several suits on the authentic candidate of the party, wherein judgment was in the favour of Odeh.

He specifically berated INEC for concealing from the FCT High Court other cases relating to the one before the court wherein they are a party.

He also accused INEC of not disclosing to the FCT Court that Odeh’s nomination form was duly signed by the National Chairman and Secretary respectively of the PDP.

Olanipekun further argued that the suit was faulty abi nitio as it was filed more than 14 days after the PDP held its primary election to select its candidate for the election, adding that Jarigbe did not participate in the said primary election and as such cannot challenge its outcome.

“Constitutional provision is binding on INEC and all other authorities in Nigeria; and it disqualifies, automatically and/or ab initio, irrespective of any other situation, circumstance or development, Honourable Jarigbe Agom Jarigbe from laying any claim to or wanting to usurp the seat or position of our client as the Senator representing the Cross River North Senatorial District in the National Assembly. By the same token, the said constitutional provision prevents, restrains and forbids INEC from transferring, or attempting to transfer, exchanging or attempting to exchange our client’s certificate of return to any pretender or usurper, including, but not limited to Hon. Jarigbe Agom Jarigbe”, he said.

“The declaration and return of our client as the winner of the by-election conducted by INEC on 5th December, 2020, has not been challenged in any tribunal.

“Chairman, sir, we submit, most humbly, that the scenario painted in this letter calls for sober reflection on the part of all concerned. It is very disturbing, to say the least, or to put it mildly. The commission might wish to carry out a thorough investigation on the entire episode”, he added.