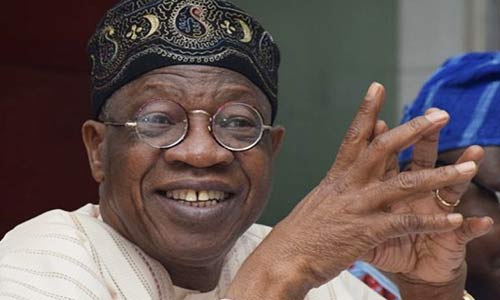 The Federal Government says it has no intention of shutting down social media.

The Minister of Information and Culture, Alhaji Lai Mohammed, made the clarification on Saturday in Lagos, NAN reports.

The minister said the Muhammadu Buhari led administration has high regards for freedom of the press adding that its plan is to regulate social media to be responsible and refrain from giving out fake news and hate speech.

He said his recent call for the regulation of the excesses of social media should not be misinterpreted for a total ban.

“We did not at any time say that we will shut down the social media.

“Social media has come to stay and it will be an attack on democracy to shut it down because it is the fastest way of passing out information all over the world.

“However, it must be regulated to avoid it being used in a manner that it becomes a supplier of fake news and hate speech.

“Also, we will not fold our arms to allow suppliers of fake news and hate speech to use the social media to throw the country into chaos,” he said.