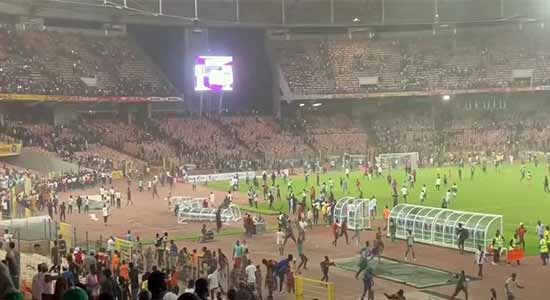 Nigeria lost 2-1 to Mexico in an international friendly match played in Dallas, Texas, in the early hours of Sunday morning.

The game was coach Jose Peseiro’s first in charge of the Super Eagles and he fielded a largely under-strength side.

El Tri took the lead in the 13th minute at the iconic AT&T Stadium.

Santiago Gimenez found himself all alone with goalkeeper Francis Uzoho and finished sweetly.

But the three-time African champions were level in the 54th minute after Calvin Bassey’s superb in-swinger was nodded home by Cyril Dessers.

However, the Eagles conceded an unfortuitous own goal in the 56th minute, as Ekong swept into his own net.

Peseiro and his squad will now fly to New Jersey on Sunday morning, ahead of Thursday’s clash with Ecuador at the Red Bull Arena in Harrison.