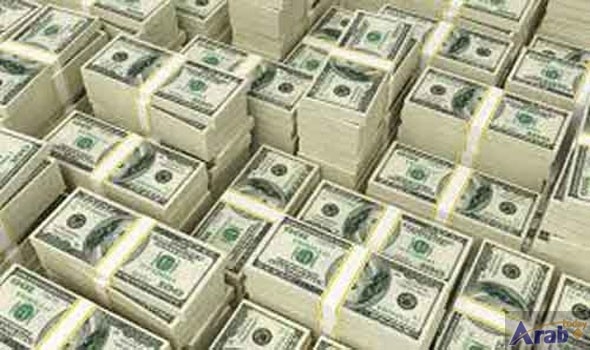 Attorney-General of Federation and Minister of Justice, Abubakar Malami said the Federal Republic of Nigeria on Monday 4th May, 2020 confirmed the receipt of approximately three hundred and eleven million, seven hundred and ninety-seven thousand, eight hundred and sixty-six dollars and eleven cents ($311,797,866.11) of the Abacha assets repatriated from the United States and the Bailiwick of Jersey.
This is contained in a press release issued by Dr Umar Jibrilu Gwandu, Special Assistant on Media and Public Relations, Office of the Attorney-General of the Federation and Minister of Justice, and made available to newsmen in Abuja on Monday 4th May, 2020

According to Malami, the amount increased significantly from over $308million mentioned in the press release issued in February, 2020 to over $311million because of the interest that accrued from 3rd February, 2020 to 28th April, 2020 when the fund was transferred to the Central Bank of Nigeria.

He noted that the litigation process for the return of these assets titled “Abacha III” commenced in 2014 while the diplomatic process that culminated into the signing of the Asset Return Agreement on 3rd February, 2020 by the Governments of the Federal Republic of Nigeria, United States of America and the Bailiwick of Jersey commenced in 2018.

“This Agreement is based on international law and cooperation measures that sets out the procedures for the repatriation, transfer, disposition and management of the assets,” he said.

The recovery effort further consolidates on the established record of the administration of president Muhammadu Buhari-led Federal Government which has a history of recovery of $322m from Switzerland in 2018 which is being transparently and judiciously deployed in supporting indigent Nigerians as specified in the agreement signed with the Switzerland and the World Bank.

The Attorney General of the Federation and the Minister of Justice who led the negotiation team noted that the Tripartite Agreement and the process towards the implementation represents a major watershed in International Asset Recovery and Repatriation as it seeks to provide benefit to the victims of corruption.

“In line with the 2020 Asset Return Agreement, the fund has been transferred to a Central Bank of Nigeria Asset Recovery designated account and would be paid to the National Sovereign Investment Authority (NSIA) within the next fourteen days. The NSIA is responsible for the management and execution of the projects to which the funds will be applied,” the Minister has said.

Malami said the government of Nigeria has committed that the assets will support and assist in expediting the construction of three major infrastructure projects across Nigeria, namely:

He said, the Federal Republic of Nigeria is in the process of establishing a Project Monitoring Team to oversee the implementation of the projects and report regularly on progress made to the public.

To ensure transparent management of the returned assets, the Nigerian government will also engage a Civil Society Organisation, who has combined expertise in substantial infrastructure projects, civil

engineering, anti-corruption compliance, anti-human trafficking compliance, and procurement to provide additional monitoring and oversight. The process for the engagement of the CSO monitor has already commenced with the adverts placed in two Nigeria newspapers – Daily Trust and the Punch (4th March, 2020 and a Notice of Extension on 17th April, 2020), the Federal Tender Journal (9th and 23rd March, 2020), the Economist (14th March, 2020). The advert can also be found on the website of the Federal Ministry of Justice – www.justice.gov.ng

It may be recalled that the recovered funds were laundered through the U.S. banking system and then held in bank accounts in the Bailiwick of Jersey. In 2014, a U.S. Federal Court in Washington D.C. forfeited the money as property involved in the illicit laundering of the proceeds of corruption arising in Nigeria during the period from 1993 to 1998 when General Abacha was Head of State. In 2017, the FRN filed a case in the Bailiwick of Jersey to assert its authority as the owner of these funds and as the victim of the action of General Abacha.

He further assured Nigerians that the Federal Government would ensure that the returned assets are transparently managed.

Information regarding the implementation of this project can be obtained by sending an email to: asset.project@justice.gov.ng