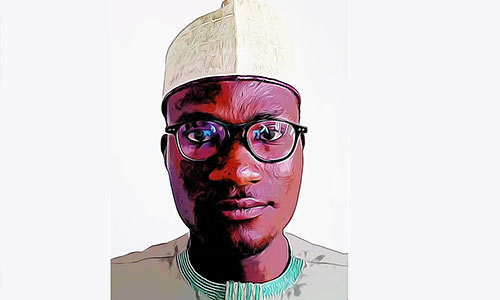 “Though law and morality are not the same, and many things may be immoral which are not necessarily illegal, yet the absolute divorce of law from morality would be a fatal consequence”. Lord Coleridge in Queen v. Dudley and Stephen (14 Q.B.D. 273).

To start with, it’s not the place of this article to discuss the legal propriety or otherwise of demonstration under the Nigerian law.

This is because the law have already settled this. The right to free assembly and demonstrations are sacrosanct which can only be derogated by a state of emergency. But then, even the Constitution, which is the grund norm in Nigeria, can be overhauled during a state of emergency. This position have been purposefully asserted in IGP v ANPP (2008) 12 WRN 65 where the court declared that by the combined effect of sections 39 and 40 of the 1999 Constitution as well as Article 11 of the African Charter on Human and Peoples’ Rights, the right to assemble freely cannot be violated without violating the fundamental right to peaceful assembly and association, which is not only sacrosanct and immutable, but can only be derogated by the procedure permitted by law, under section 45 of the Constitution, in which case there must be a state of emergency properly declared before these rights can be violated. The right to peaceful demonstration is also granted in the Public Order Act, and further upheld in the unreported case of Hadiza Bala Usman &Ors v Commissioner of Police & Anor. (Suit No: FCT/HC/CV/1693/2014 of 30th October, 2014).

Having now discussed the legal validity of peaceful demonstrations, let’s now discuss the legal propriety of nude demonstration, where the demonstrators, mostly women of varied ages, exposes their bodies unclad, in their bids to register their anger and agitations. The practice of women demonstrating nakedly has a long history in Nigeria. For instance, women were reported to have demonstrated nakedly in the famous Aba Women Riot of 1920s against the imposition of paramount Chiefs and high taxes on them. In September 2018, about 500 women of Dura Du community in Jos came out to protest nakedly against the army’s search of their pond, following the death of General Idris Alkali. More recently, some group of women, mostly elderly, demonstrated nakedly against the insecurity in Southern Kaduna last week. The question here is, how legitimate this precedented practice is in our laws?.

To lucidly answer this question, I shall employ the technique of ‘validity test’ under the ‘repugnancy doctrine‘ to see if we can validate this strange practice. The repugnancy doctrine in Nigeria emerged from the decision in the case of Eshugbaye Eleko v. Government of Nigeria (1931) AC 262 at 273. In that famous case, Lord Atkin said:

“The court cannot itself transform a barbarous custom into a milder one. If it stands in its barbarous character it must be rejected as repugnant to natural justice, equity and good conscience”.

Against this background, the position of the law is that every Court in Nigeria is empowered to observe and enforce the observance of every customary practice of the people in the area of its jurisdiction provided:

The above position of the court in Eshugbaye’s case is imported into our evidence law. The provisions of section 16 of the Evidence Act (2011) states clearly that:

“Provided that in case of any custom relied upon in any judicial proceeding, it shall not be enforced as law if it is contrary to public policy and is not in accordance with natural justice, equity and good conscience.”

There is an agreement among jurists that repugnancy test is purely predicated on moral law. It is employed to make African customs and practices be in concord with the international moral standards. Now, you’ll all agree with me that being naked in the glare of the public is not only amoral and shameful, but a barbaric practice not acceptable by any civilized nation. Man, bequeathed with intellect, cannot succumb to this practice, which drags him into the same position with animals. Anthropologically, Man in early times was almost naked, and as his intellect evolved he started wearing clothes. What we are today and what we are wearing represents the highest level of thought and civilization that man has achieved, and is not regressive. It’s the removal of clothes again that is regressive back to ancient times. Thus, the strange practice of naked protest is not only immoral, but contrary to natural justice, equity and good conscience.

Now, let’s discuss the other limb of the validity test, which says that such customary practice must not be incompatible either directly or by implication with any law for the time being in force. Today in Nigerian jurisprudence, exposing one’s nakedness in public is a criminal offence called ‘indecent exposure’ not only punishable, but considered as an aspect of violence against people. Section 26 of the Violence Against Persons Act (2015) states that:

(1) A person who intentionally exposes his or her genital organs, or a substantial part thereof with the intention of causing distress to the other party, or that another party seeing it may be tempted or induced to commit an offence under this Act, commits an offence termed ‘indecent exposure’.

And the culprit of such an act according to Section 26(3) of the Violence Against Persons Act will be liable upon conviction by a court to a term of imprisonment not less than 1 year or to a fine not exceeding N500,000 or both.

In conclusion, we humbly submit that the immoral practice of naked protest by some women is not only an abuse of man’s intellect, a disgusting debase of man’s status to the same levels with that of animal; but an uncharitable violation of the Nigerian laws. It should be noted that the right to peaceful demonstration is entrenched in Section 40 and 41 of our constitution. But one cannot invoke those sections as a defense to naked protests. This is because it falls under the exceptions where the right can be denied by the government. Section 45 of the Constitution says that “Nothing in sections 37, 38, 39, 40 and 41 of this Constitution shall invalidate any law that is reasonably justifiable in a democratic society in the interest of defence, public safety, public order, public morality or public health” . Now, you’ll all agree with me that naked demonstrations as practiced by some women in Nigeria is a threat to public safety, public order, public morality, and public health. And on this premise, it’s high time the government should put an end to this disgusting practice by sanctioning the offenders.

Hussaini Sani, Esq. is a lawyer and writes from Halcyon Legal Consult, Abuja.