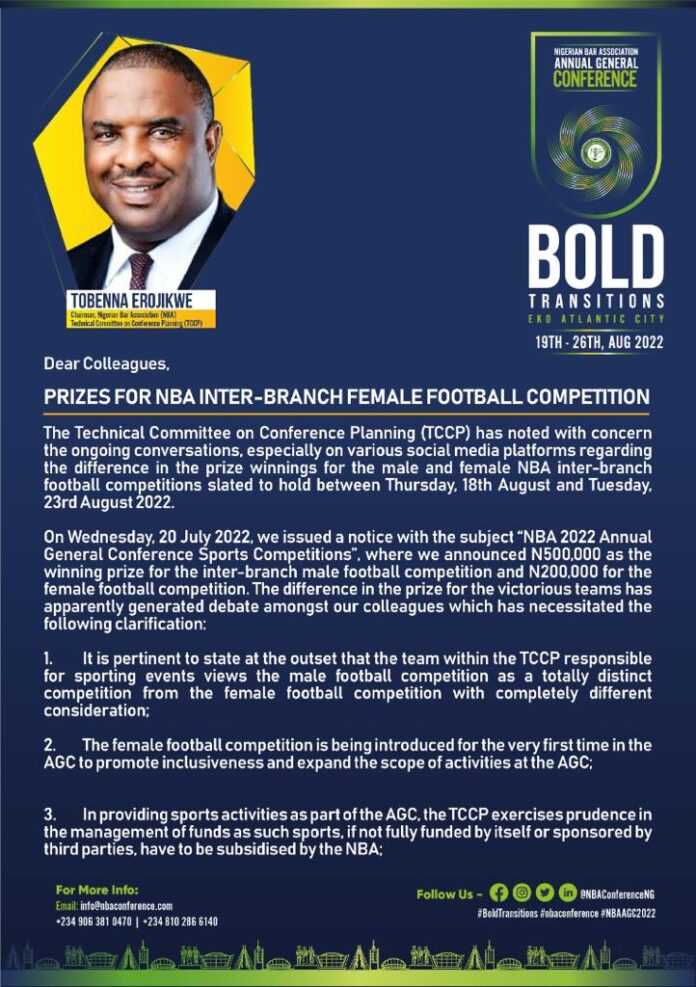 …says money to be dedicated to female competition winning prize

Nigeria’s Minister of Works and Housing, Mr. Babatunde Raji Fashola, SAN, has pledged to support the NBA-AGC Female Football Competition with the sum of N500,000.

The male and female NBA inter-branch football competitions, planned as part of the 2022 Annual General Conference of the Nigerian Bar Association (NBA), are slated to hold between Thursday, 18th August and Tuesday, 23rd August 2022.

Expressing gratitude to the Honourable Minister of Works and Housing for his timely support, Erojikwe said the money would be added to the prize money for the female football competition.

“In fulfillment of our pledge to dedicate every amount received as sponsorship for the female football competition to the prize money, the above sum shall be applied to that purpose,” Erojikwe said in the statement titled “Re: Prizes for NBA Inter-branch Female Football Competition”.

“We have also received requests for sponsorship information from other sources and are hopeful that the pot will increase,” he said.

“I hope that this does not generate a similar complaint of discrimination by the male football teams,” Erojikwe said.

He reiterated that the NBA is pleased with the level of interest that the AGC 2022 activities have generated and expressed the hope that the conference would be a rewarding one.