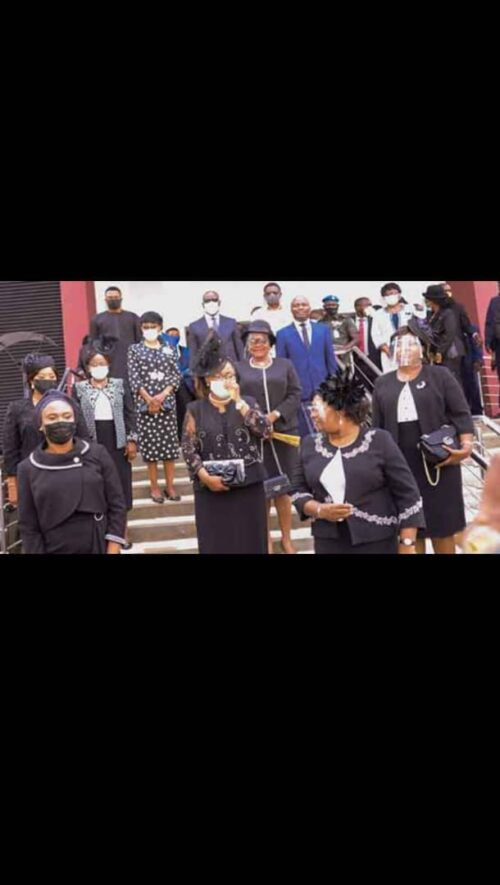 *FROM THE PUBLICITY HUB, NBA BENIN.

It was a beehive of activities in the metropolitan City of Benin, as the Judicial atmosphere was agog with arrays of intellectuals from the Bench, Inner Bar, Outer Bar, the Ministry of Justice, friends, relatives and well wishers from all walks of life congregated at the New Festival Hall, located at the heart of the Edo State Government House.

It was indeed a colourful ceremony with pomp and grandeur as the Executive Governor of Edo State HE, Mr. Godwin Obaseki made history by swearing in, eight (8) unrelenting Judges from the lower Bench and the Bar with huge reservoir of intellectual segacity as Judges of the Edo State High Court.

The celebrants and guests were later treated to a lavish reception.

For the Bar, It is the beginning of a new journey for the newly appointed Judges of the Edo State High Court.

The Executive Council of The Nigerian Bar Association, Benin Branch, led by its chairman, Mr. Pius Oiwoh heartily congratulates my lords and wishes them a successful career, while earnestly urging our noble law lords to administer justice with fairness, speed, and impartiality, irrespective of who is involved.

The Bar as usual, is ready to collaborate at all times, with the newly sworn in judges and to continue with the long standing traditional synergy that co-exists between the Bar and the Bench.

The Bar and the Bench are one big indivisible family, like siamese twins, God shall continue to keep us together.