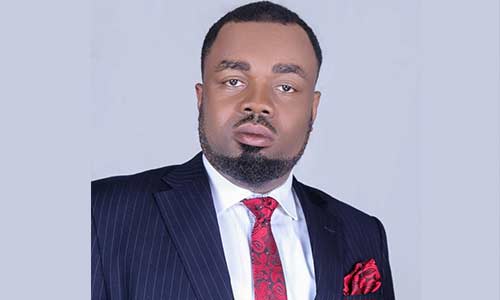 Rapulu Ernest Nduka had his Secondary School Education at Dennis Memorial Grammar School, Onitsha, where he graduated 1998 in flying colours.

He was subsequently admitted to the Nigerian Bar in 2005, having passed the qualifying Bar exams finishing with a Second Class Upper Division (2.1).

In his service to the Branch , his activities in office were engraved in the legacies that gave a face lift rooted in excellence to the bar, a few of which are :

He reorganized the secretariat in line with modern technological trends and ensured that members of the Branch and the Public were kept abreast with the activities of the Onitsha Branch of the NBA.

He was an efficient member of the law week committee from 2014 till date. He currently on behalf of the NBA Onitsha Branch which resonates with his doting stance for welfare and dignity of colleagues handles the civil aspect of the suit (Suit No. 0/56/2019- Chiamaka Caroline Nwangwu vs. Jane Mbanefo & 2 Ors).

The facts which flowed from the said Police Officer- Mbanefo’s assault on Chiamaka Nwangwu, at 3-3 Police Station, where the latter went to discharge her professional responsibilities, to seek for police bail of her client.

At the national level, Dr. Nduka was the Secretary of the 2018 Branch Election Monitoring Committee (South East Zone) set up to resolve electoral disputes that followed the various Branches elections in 2018. He was also a member of the National Executive Committee 2016-2018.

Dr. Nduka in furtherance of his flair for academics and scholarship has presented several papers especially in his area of specialty latching on Electronic evidence, Information and Communication Technology amongst others.

He is the author of “Telecommunications Law in Nigeria – A case for development” published by LAP Publications Germany.

Dr. Nduka is into active law practice, the Deputy Head of Chambers of J.R Nduka & Co. with core areas of legal practice cascading through litigation and corporate law practice. He is also a Justice of Peace.

Dr. Nduka is a recipient of several awards including the Onitsha Branch Best Executive member 2016/2018.

Dr Nduka is an affiliate of several other professional associations , a few of which includes; International Association for Artificial Intelligence and Law (IAAIL), Internet Attorneys Association (IAA), Advocates International, Technology Law Society of Nigeria (TSLN) among others.

Dr. Nduka is passionate about the Bar, he believes that the perception of the members of the Bar and Public in general can receive a touch of class and efficiency that will harness and project a working NBA.

He believes that a positively rebranded bar is desirable and possible.

Dr. Nduka is happily married to a Magistrate and blessed with kids