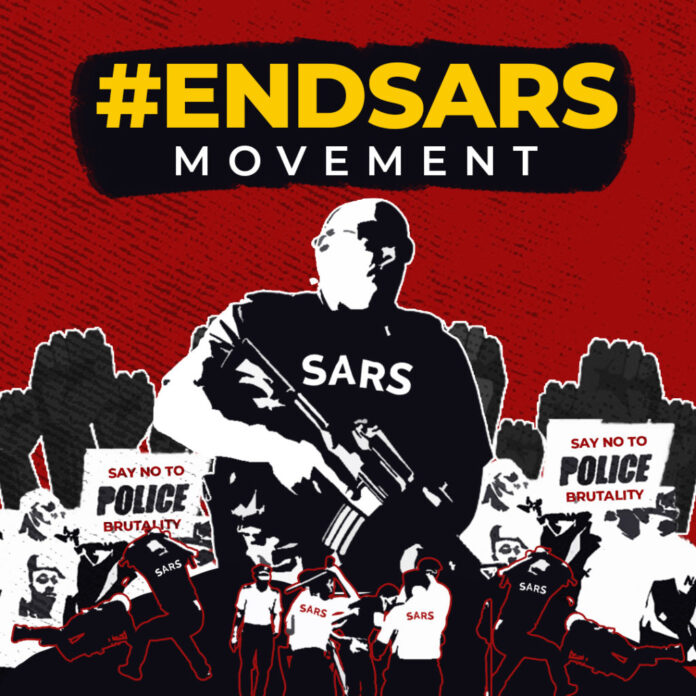 Rihanna and Nicki Minaj are among the latest celebrities who have used their platforms to show solidarity towards the protests against police brutality in Nigeria.

Nigerian youths have been protesting against the now-disbanded special anti-robbery squad (SARS) after a video surfaced on October 3, of officers allegedly killing a man in Delta state.

The protest, however, took another dimension on Tuesday evening after soldiers invaded the Lekki toll gate area of Lagos, shooting at unarmed protesters.

This was shortly after Babajide Sanwo-Olu, the state governor, had ordered an indefinite 24-hour curfew, citing increased violence in the state.

The incident had sparked outrage, within and outside the country, with Hillary Clinton, former US secretary of state, calling on President Muhammadu Buhari to stop the killing of #EndSARS protesters.

In a tweet, the Barbadian singer said it was unbearable to watch what Nigerians had to go through during the protests against police brutality.

“I can’t bare to see this torture and brutalization that is continuing to affect nations across our planet!” the 32-year-old singer wrote.

“It’s such a betrayal to the citizens, the very people put in place to protect are the ones we are most afraid of being murdered by!. My heart is broken for Nigeria man!! It is unbearable to watch! I’m so proud of your strength and not letting up on the fight for what’s right! #ENDSARS.”

On her part, the Trinidadian-American rapper expressed her concern after security operatives were said to have opened fire on unarmed protesters at Lekki toll gate.

It is understood that several persons were killed while many others sustained gunshot wounds.

“Standing with & praying for the brave young people of Nigeria who are on the front lines of this senseless violence. Your voice is being heard. 🇳🇬 #EndSARS,” she wrote on Wednesday.

Other prominent celebrities who spoke on the shootings include Chance the Rapper, Ja Rule and John Boyega.

Over the past few days, indigenous musicians like Davido, Wizkid, Tiwa Savage, Falz and Runtown had joined their fans on the streets to protest against SARS.