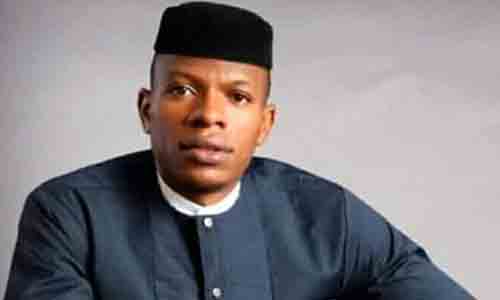 In a series of interview granted by President Muhammadu Buhari at the turn of the New Year to some media houses; particularly the one granted to Channels Television President Muhammadu Buhari was taken to task on the prospects of a political solution to the Biafra agitations which is now more frequently assessed through the prism of Mazi Nnamdi Kanu’s incarceration. It was an instinctive question which I assume the President’s handlers must have given serious thought as they prepared him for what he jocularly described as a “punishment “.The reason is not hard to seek: the President’s relationship with the Igbos of the South East, has not been a rosy one; a situation which the President has failed to handle with the needed awareness and presence of mind.

But the President’s interviewers were met with a response they might not have expected. It was supposed to be a well-rehearsed one aimed at distancing the President from any malice in the circumstances of Mazi Nnamdi Kanu.  But typical of the President’s ex tempore remarks, it was unnecessarily convoluted, making it difficult for the objective listener to pinpoint with any accuracy the President’s sentiments on the issue.  Yet, he said enough to give an indication that he was averse to any political resolution of the matter.

Let us quote the man, “…there is one institution that I wouldn’t dare interfere with. That is the judiciary.  Kanu’s case is with the judiciary, but what I wonder is, when Kanu was safely in Europe abusing this Administration and mentioning so many things, I never thought really he’d want to come and defend himself of the accusations against him. So we are giving him an opportunity to defend himself in our system, not to be abusing us from Europe, as if he’s not a Nigerian. Let him come here voluntarily with us. Nigerians know that I don’t interfere with the judiciary.  Let him be listened to…those who are saying he should be released….No, we cannot release him“.

When taken pointedly by Seun Okinbaloye on the prospects of a political solution however, the President appeared to contradict himself. “No…there is the possibility of a political solution. If they behave themselves (a reference to IPOB apologists), all well and good”. But he would contradict himself again: “…you can’t go to a foreign country and keep on sending incorrect economic and security problem against your country and thinking you’ll never have to account for what you’ve been doing.  Let him account for what he has been doing“, he concluded.

Arguably, that interview was the clearest window into the mind of President Muhammadu Buhari particularly where he stood on the matter of Mazi NnamdiKanu’s incarceration. It is instructive that the president’s response, was a reviewed version of what he had told a high-powered Igbo delegation which had paid him a visit at the twilight of 2021, demanding a political solution to the continued incarceration of Mazi Nnamdi Kanu whose trial for alleged acts of treason remain subjudice before Justice Binta Nyako of the Federal High Court.

President Muhammadu Buhari’s politically correct response may appear appealing to those who disagree with Mazi Nnamdi Kanu and his methods towards the actualization of a ‘Biafra’ State (and I am one of them), it however fails to impress in the larger consideration of the need to quell the degenerating security situation in the South East which observers of the polity have often attributed to the (mis)management of the Mazi Nnamdi Kanu situation.

While the President may want to be seen as a Democrat as he campaigned at his second coming, and who would not want be seen to interfere in the constitutional mandate of the judiciary, a deeper introspection into the Body of our laws and recent political history, proves the president and his posturing wrong.

In an opinion piece titled “On Biafra and the Igbo Peace-Mission” published in the days after the visit of the South East delegation to President Muhammadu Buhari, I submitted as follows:

“I welcome and commend the intervention of Igbo Leaders to secure a political resolution of the highly delicate Nnamdi Kanu situation, as well as President Muhammadu Buhari’s indication of a possible consideration.

Like all negotiations, that must however, be on concessionary grounds which I believe, must consist of #MNK’s abandonment of his near-terrorist Biafra project, as well as the Federal Government’s commitment to addressing the sociopolitical issues fuelling agitations in the South East.

As I see it, a political solution holds the most realistic prospects of a win-win resolution of the crisis which, if not properly managed, can degenerate into the unfolding events in the Tigrayan region of Ethiopia. Needless to say, the ongoing judicial process, is at best, a tinderbox.

I however hope the negotiating Igbo Leaders have the brief and authority of MNK to undertake this project on his behalf and those of his lieutenants. Otherwise, it may end up in another embarrassing circus which will not bode well for both sides.

If they do, President Muhammadu Buhari should seize the rare opportunity towards resolving the crisis. It’ll not only shape his not particularly popular presidency, it might also earn him accolades abroad as a possible recipient of the coveted Nobel Peace Prize“.

Against the backdrop of President Muhammadu Buhari’s recent comments and the reasons canvassed for his inability to midwife a political solution out of the imbroglio, I think it has become imperative for me to reiterate that admonition and to provide legal and historical perspectives on how the President may proceed in that regard,  assuming he’s minded to.

First, the legal angle. There is no question that Mazi Nnamdi Kanu is being tried for alleged acts of terrorism by the Federal Government of Nigeria over certain comments attributed to him vide a medium known as Radio Biafra. This automatically puts his trial within the oversight of the Attorney General of Federation who has the domino powers under Section 174 of the 1999 Constitution to enter a nolle prosequi in the matter of Mazi Nnamdi Kanu’s trial. In legal parlance, a nolle prosequi simply means, the State is no longer willing to prosecute the charge against the Defendant and which automatically renders charge liable to be struck out within a defined legal framework, provided however that the charge may be preferred against the accused at a later time. Contrary to President Muhammadu Buhari’s fears, he’ll not be interfering with the judiciary in the event he sanctions it. He’ll only be exercising one of those powers warehoused in the Executive in a presidential democracy which we operate. Needless to say, our case law is replete with instances where Attorney Generals both at the State and Federal levels have invoked this power with the approval of the Supreme Court of Nigeria.

Alternatively, to the extent that the trial is conducted under the extant Administration of Criminal Justice Act (ACJA), the Federal Government as Prosecutor, may elect its right under Section 108(1) of the Act, to withdraw the charge against Mazi Nnamdi Kanu on the back of a negotiated agreement between him and and the presidency. Interestingly, like the Attorney General’s power of nolle prosequi, the Federal Government need not advance any reason before the Court for electing to withdraw the charge.

From my limited knowledge of our criminal jurisprudence, I think the above are two ready options before the presidency that would not see it, “interfering with the judiciary”, as the President fears. There’s no question that other options exist within our laws.  I now turn to the evidence of history.

At the end of the day, the primary objective of any Government is the security and welfare of the citizenry. I am of the school of thought which postulates that there is no price too steep for buying peace in the socio-political market. Indeed, even our Supreme Court held in Dokubo v FRN (2007) WRN that where the security of the nation and her citizens is threatened, the Rule of Law assumes secondary consideration. Now, while this Writer concedes that that pronouncement of the Apex Court continues to agitate the minds of legal scholars, its purposes in the context of this intervention, is no more, than to underscore the imperative of winning the peace in any conflict; the post-Biafra conflict headlined by the activities of the IPOB inclusive.

Thus, in 2007, it took a negotiated amnesty by the President Umaru Musa Yar’ Adua administration to secure the relative peace now being enjoyed in the Niger Delta region. Not many may recall that part of that negotiated process was the unconditional release of Chief Asari Dokubo from prison, who incidentally was standing trial for Treasonable Felony before the same Justice Binta Nyako.

Ditto for Chief Ralph Uwazuruike, who before Mazi NnamdiKanu, had led a Biafra agitation movement under the banner of Movement for the Actualization of Sovereign States of Biafra (MASSOB). Whilst Uwazuruike was incarcerated in an underground cell at the DSS facility while standing trial for Treasonable Felony before Justice Binta Nyako, it took a political negotiation by the Goodluck Jonathan Administration in 2011 to calm the waters of that movement before Mazi Nnamdi Kanu came to national consciousness. When the Supreme Court ruled in 2013 for Uwazurike’s protracted trial to resume, the case was all too forgotten.

A political solution to politically-punctuated conflicts is not a new phenomenon. To be sure, it is a recognized medium by which national governments confront disputes that have great implications for national security. Recently, the Military Junta in Myanmar adopted this approach by freezing hundreds of political prisoners whom it had thrown behind bars when it interrupted the country’s democracy last February. Elsewhere, in the wake of the ongoing Civil War in Ethiopia, the Ethiopian government penultimate week, said it would release several prominent political prisoners, including members of the rebel Tigray People’s Liberation Front, as a step toward peacefully resolving the country’s Civil War which recently entered its 15th month.

Other examples of a negotiated political solution to national conflicts abound across the African continent and beyond which need not be rehashed here.

As I have argued across different platforms; while I’m not a fan of Mazi Nnamdi Kanu and his jejune Biafra project, what we cannot wish away, is the fact of him being a political prisoner.  It is my considered view that this material ingredient calls for an unconventional assessment, evaluation and management of his trial. It is therefore in this regard, that President Muhammadu Buhari might be persuaded to take a different look at the situation and quit the resort to arid legalism.

While Mazi Nnamdi Kanu may be the only one physically standing trial, the ugly truth is that the South East in particular,  and the nation in general is implicated in that trial. Kanu appeals to a large demography of Igbo Youth who now ascribes messianic status to him. They’re ready to go to war against the Nigerian State at his command and would sit at home, in obedience to him, at the prompting of his lieutenants. That is how much influence he wields and his continued incarceration, needless to say, would only quadruple the ranks of his followers.

As the learned authors of a leading article in Peace Studies, Wallace Warfield and Ashald Sentongo argued in their work, “Political Leadership and Conflict Resolution: An African Example”, the Biafra imbroglio “requires the management of a transformative leader who acknowledges not only the tension posed by a conflict, but also the opportunities existing in a broadly participatory political process. Such a leader values the role conflict mitigation can play in managing this tension and building a nation’s capacity for sustainable peace and development”. President Muhammadu Buhari can rise to that example.

A Legal Practitioner and Public Affairs commentator, Raymond Ncan be reached via rnkannebe@alp.company.