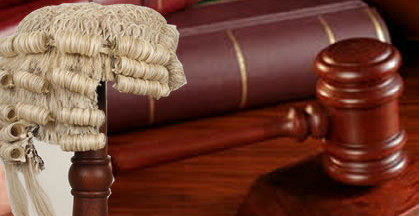 The duo were said to have issued a fake affidavit to one Moses Mathew of Lugudna area Paiko, a retired officer of Paikoro LG who negotiated and collected fake affidavit form on behalf of his wife, Mrs Serah Bahago and Mustapha Abdullahi, a Headmaster of Butu primary school on behalf of one Amadu Adamu.

According to the FIR, “All the fake affidavit forms collected from Usman Abdullahi and Danjuma Bawa did not serve the purposes intended as it was rejected from bank”.

“That both Usman Abdullahi and Danjuma Bawa were having some official court documents in their possession after retirement from the service of Niger government.”

The report also revealed that the two rejected fake affidavit forms were recovered and attached to the case diary as evidence and that the deals were negotiated at private homes of the accused person’s respectively.

However, when the Prosecutor, Inspector Mathew Raymond read the charges, the accused persons pleaded not guilty.

Hence the prosecutor ordered the court to deny them bail as investigation into the case was still ongoing.

The presiding Magistrate Abdullahi Bawa then adjourned the case till November 22 2022 and the accused be kept in the custody of the correctional centre.