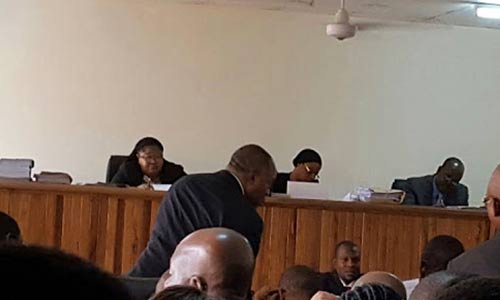 The National Assembly and State House of Assembly Election Tribunal sitting in Ikeja, on Friday ordered the Independent National Election Commission (INEC) to allow parties challenging the election of Senator Tokunbo Abiru of the All Progressives Congress (APC) for Lagos East.

The tribunal granted prayers in a motion exparte filed by the Allied Peoples Movement (APM) and their candidate Olusola Taiwo Moses Babatope the right to inspect the materials used in the Lagos East Senatorial election which took place on December 5, 2020.

In granting the motion, the tribunal upheld the prayer of the petitioners in the motion.

In the ruling which was delivered by the Chairman of the tribunal, Justice Bassey Ikpeme, the panel acknowledged the importance of the inspection of the material as provided for under section 151 of the Electoral Act.

“The tribunal is satisfied that the inspection of the election materials is required for the determination of the matter at hand. This tribunal hereby grants the request of the petitioners’.

Justice Ikpeme also directed the petitioners to speed up their inspections as the tribunal is time-bound.

He ordered them to ensure that they keep to the time and the date given to them under the law.

Earlier, counsel to the petitioners, Mr. Ayomide Oluwafemi had moved the motion seeking to inspect the election materials used for the December 5, 2020 Lagos East senatorial election in the state.

The tribunal chairman adjourned the matter until February 16, 2021 for further hearing.