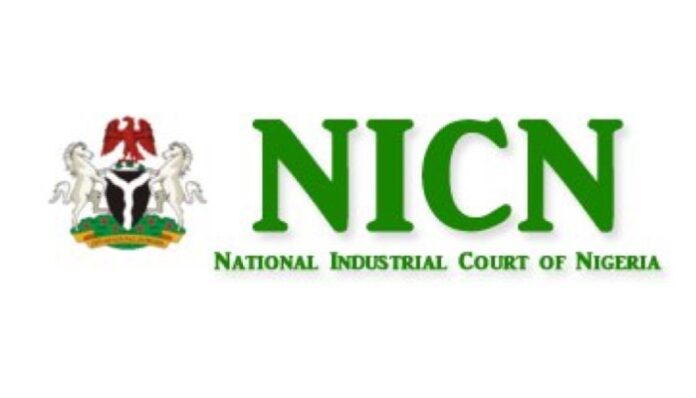 The story is often told, admittedly with as many differing accounts, on the birth of professionally published Law Reports in Nigeria. Or, depending on your fancy, the revival of professional law reporting in Nigeria by sheer happenstance.

Pointedly put, it is a tale of machinations to break a monopoly surrounding the ‘hijack’ of the latest Supreme Court judgments from the exclusive preserve of the much revered Rotimi Williams SAN.

Possibly apocryphal, the more enduring account goes that the Late Chief Gani Fawehinmi started the Nigerian Constitutional Law Reports, the precursor to the Nigerian Weekly Law Reports (NWLR) in ‘angry protest’ to the ‘notoriety’ of Chief Williams’ (fondly “Timi the Law”) ‘hijack’ of said Supreme Court judgments. Gani, it seems, thought the decisions should be within everyone’s reach, howbeit on commercial terms.

The story goes that Chief Williams liaised with the registries of various courts nationwide to obtain certified true copies of judgments and rulings from the courts. Armed with a formidable war-chest of up-to-date case law citations on even the minutest points, he leveraged the same to win advocacy points,and canvass points of law urging to the court positions of law recently adopted. He was said to have called even the Supreme Court to a few of its decisions in the past which appeared to have escaped the attention of the court in later cases of similar fact pattern. If it helps, a travel through time will confirm that this was at a time when these decisions were not readily available in professionally published law reports. Save for the equally-short-lived Supreme Court -SC Reports (though later revived) which was only just picking up steam, the few attempts at institutionalized law reporting on the scene as at  then – the All Nigeria Law Reports (which started in 1961) and the first private efforts at law reporting- the Nigeria Monthly Law Reports (berthed 1964) were fast disappearing from the scene by the early 70s. It thus, understandably, would take a diligent labourer, not disposed to blaming his work tools, to go the extra mile to source for, and use as applicable, appropriate case law to plead, and represent his client/s cause before the courtrooms. The accounts are agreed anyway that FRA was primus inter pares. Well, I digress.

Fast forward: 2020. The judgments of the courts are still, for want of a better word, sparsely reported in the several law reports, that are now available both in hard print and online. In what, arguably, is now a consistent pattern,  the editors, guided by differing reporting criteria, select a few of these judgments and rulings to report, with the result that many of the decisions are either not reported at all, or where reported, not promptly so. Take, for instance, the Supreme Court makes a point that relaxes a hitherto strict constructionist view on standing to sue and it is not reported in any of the law reports till 6 months later. Or an oft-repeated scenario where a decision of a division of the Court of Appeal belatedly reported, conflicts with that issued by another division of the selfsame Court of Appeal, within the same time span, and without reference to, or citation of the related decision/s on the point; thus many a-time producing uniformly consistent incoherence on similar issues. An online registry where decisions of the court can be readily sourced helps, in no small measure, in drawing the attention of the court to relevant caselaw and enabling it to come to correct, timely and binding decisions.

Relatedly, it is difficult to obtain a reliable statistic as to the number of judgments an appellate court makes in a year. Thus, when at ceremonial functions an admittedly work-laden Supreme Court is reported to have made 297 judgments in a  single legal year, there is, almost certainly, nowhere, save the physical registry of that Court, that those judgments can be sourced or made available.

Many years ago, Microsoft, the PC manufacturer, posed a fascinating question as an advertising campaign:“Where do you want to go today?” The aptly boastful interrogation foretold the shape of things to come with the turn of the 21st century. It now really is here. In a redefined age of ‘new normal’ where in-person physical activity is being increasingly discouraged ( no thanks to  a ravaging global public health crisis), how can the judgments of court be made accessible to all, without the need to as much as visit the registry of court; rendering the registry inevitable only for the purpose of obtaining certification? To be sure, this is where technology in today’s world, comes in.

The justice delivery system will now move forward around the effective deployment of technology. Virtual hearings are a ready example. Most of the courts already have an online presence, enabled by websites. However, with the possible exception of the National Industrial Court of Nigeria, and I offer this without any fear of contradiction, there is today no other court, from the Supreme Court to the Court of Appeal, the Federal High Court and High Courts of the various states, where regular updates on, and actual uploads of the judgments of the particular court, can be obtained. This is as opposed to some sparse bits of information relating to the Head of the Court, the Judges, and other judicial personnel, as well as the judicial divisions of the particular court system. No other court of the well-over 40 superior courts of record in Nigeria!

Not to be too sweeping, one must add that one or two websites of court, specifically the Supreme Court (https://supremecourt.gov.ng/judgment/passed?page=1), the High Court of the Federal Capital Territory, Abuja (https://www.fcthighcourt.gov.ng/the-family-court/current-cases-submissions/) and the Edo State Judiciary http://edojudiciary.gov.ng/category/judgements/ , though not regularly updated, contain archival materials of old judgments of those courts, and nothing more! Commendably, the National Industrial Court of Nigeria, through two online resources- http://nicn.gov.ng/judgment/ and https://judgement.nicnadr.gov.ng/judge.phpensures a regular upload of its judgments and practitioners appearing before the Court are thus acquainted with the law as judicially defined by the court in real time, and are able to urge before the court up-to-date and relevant decisions on subject matter/s before it. Their clients may also be better advised. These judgments, in any event, are also thus accessible to the public.

Lord Neuberger, a former Chief Justice of the UK Supreme Court, delivering the 1stBailii Lecture in 1992, identified judgment-dissemination, both in terms of understanding and ready availability, as an essential ingredient of access to justice. The lecture note, aptly titled ‘No Judgment, No Justice’, made a keen observation that ‘Access to Judgments carries with it access to law and access to justice, for lawyers, judges, academics and litigants, and all others interested in or concerned with any aspect of the law’. Articulating further the crucial role of judgment dissemination for members of the public, Neuberger states: ‘There are two types of law reporting. On the one hand there is what can be described as Judgment-dissemination: providing the public with easy and full access to all Judgments. This is what BAILII does and does so very well. And then there is what can be described as Judgment-enhancement: classic and scholarly law reporting. This is what is done so well by, pre-eminently, the Incorporated Council of Law Reporting through the traditional reports, that is the Official Reports (the LR), the Weekly Law Reports (the WLR), and LexisNexis Butterworths through the All England Law Reports (the All ER).’For additional context, Bailii– the British and Irish Legal Information Institute’s website, https://www.bailii.org/, is  a rich, free online resource which provides/facilitates access to judgments of the English courts. The maze and effective deployment of technology enables those decisions to be posted within hours of being delivered. Thus, any member of the public, anywhere in the world, can read up latest decisions of the UK’s Supreme Court, Family Court, Court of Protection, Intellectual Property Enterprise Court, Court of Appeal (Civil & Criminal Divisions), High Court- Administrative, Admiralty, Mercantile, Technology & Construction. etc just with a click of the ‘mouse’. Decisions rendered by the UK Supreme Court are equally uploaded on https://www.supremecourt.uk/news/latest-judgments.htmlwithin minutes of delivery in court.Examples equally abound from both far and near: https://scc-csc.lexum.com/scc-csc/scc-csc/en/nav_date.do (Canada), http://www.saflii.org/za/cases/ZASCA/ (South Africa), https://main.sci.gov.in/judgments (India) https://www.supremecourt.gov.sg/news/supreme-court-judgments (Singapore).

Back home, challenges regarding infrastructure and funding may account for the slow pace, but of a truth, inadequate funding is not a sufficient justification. There are now inexpensive methods of achieving these feats.

In the wake of the outbreak of the COVID-19 pandemic, the worst hit by the lockdown measures enforced to flatten the curve, has been the justice delivery sector. With in-person physical appearance in court suspended,and uncertainties hovering around virtual court hearing until quite lately, the justice delivery system has beengrounded to a halt, even as sparse activities are now gradually returning. Again, recognizing the place of technology to facilitate administration of justice in the new normal, the National Industrial Court of Nigeria (NICN), in a fervent step to keep with the times, recently launched a mobile app which avails, with effortless simplicity, access to virtual court sittings, practice directions of the Court, cause lists of the various divisions of the court, judgments and rulings etc. These are commendable, positive directions which if the other courts adopt, will change the face of the justice sector for good. Little wonder that the judgments, and indeed the activities of the NICN, are, more often than not, featured as news items on both the traditional and social media. Afterall, if all the flak before now against virtual hearing was on the constitutional stipulation of court proceedings being made public, pray why should the judgments from the courts not be easily accessible by members of the public, from anywhere/even the comfort of their mobile devices?

As in other climes, administration of justice is moving with the trends and the justice delivery systemis simply migrating to new platforms. We can no longer afford to shut our eyes to the gleefully disruptive forces of technology intervening, happily, to render speedy and ready access to judgments of the court. One can only imagine the immortal spirit of the late Gani, beaming with paternal fondness at a justice sector which he might find disturbingly familiar, only in its unfamiliarity.