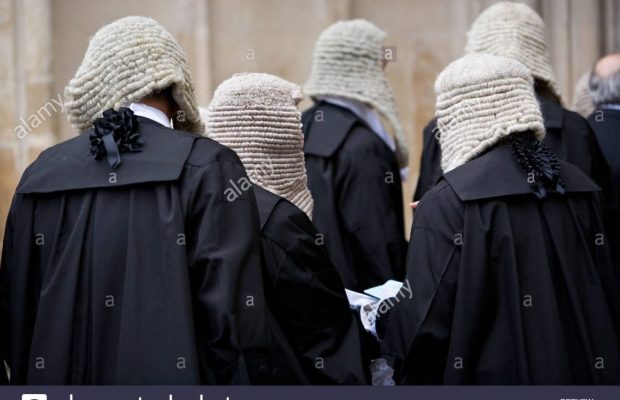 With the accusation by a former Chairman of the Independent National Electoral Commission, Prof. Attahiru Jega, that judges adjudicating election petition matters corruptly enrich themselves by selling judgments to the highest bidders, many Nigerians have called for new ways to tackle the menace, writes Vanessa Obioha

A former Chairman of the Independent National Electoral Commission (INEC), Prof. Attahiru Jega, stirred up the hornet’s nest recently when he said some corrupt judges are usually made part of election petition tribunals in order to corruptly enrich themselves by selling judgments to the highest bidders.

Jega said some of these corrupt judges sold judgments to the highest bidders and quickly retired to avoid being sanctioned by the National Judicial Council (NJC).

The former INEC boss, who is also a former Vice Chancellor of Bayero University, Kano said this in a lecture he delivered at the Owolabi Afuye Memorial Lecture organised by the Nigerian Bar Association (NBA), Ibadan Branch as one of the events to mark its 2021 Law Week.

He said activities of these corrupt judges and lawyers were some of the factors fuelling underdevelopment and insecurity in the country. Jega said the NBA and the Body of Benchers needed to urgently address the issue to save the country from crisis.

“Some election tribunal appointments were in the past widely said to have been made to senior judges about to retire, who allegedly ‘sold’ judgments, most likely to the highest bidders, enriched themselves and quickly retired to avoid being sanctioned by the NJC.

“When lawyers use technicalities to subvert justice and ‘win’ cases without regard to perpetration of injustices, they basically help to undermine, rather than enhance national development, peaceful coexistence and security. They discard ethical and professional conduct, and put parochial and/or self-serving objectives in the forefront of their practices.”

Jega was not the only Nigerian who had raised the issue in recent times. Before him, many Nigerians including renowned constitutional lawyer, Professor Ben Nwabueze (SAN), eminent Chief Afe Babalola ((SAN), the late retired justice of the Supreme Court, Justice Kayode Eso, former Chairman of Transparency International (TI) in Nigeria, Major General Ishola Williams (rtd.), among many others, had shouted themselves hoarse on the corruption going on among judges handling election petitions.

It would be recalled that many Election Petition Tribunal judges had also come under severe criticisms over their incoherent and incongruous judgments from the election petition cases brought before them. Legal and political observers said many of the judgments delivered by the tribunals and Courts of Appeal were below expectations, thereby denying a lot of petitioners and appellants justice. For instance, they feel that in some cases some of the judges handed vague judgments instead of consequential orders and declarations. There were also cases where some petitioners were denied justice on technical grounds rather than on merit of the case. In many of the cases, allegations of compromise were imputed.

Some argued that one of the reasons why some judges in the previous tribunals were involved in corrupt practices were because they too wanted a piece of the “National Cake”. Some of the judges saw their inclusion in Election Petition Tribunals as an opportunity to make money.

Before his demise some years ago, retired justice of the Supreme Court, Justice Eso, after reviewing what was happening in the Election Petition Tribunals across the country, concluded that the judiciary was full of judges and justices who ought not to have been there in the first place. He lamented the all-important arm of government stinks of corruption, adding that until the bad eggs in the institution were flushed out, the justice sector would continue to witness retrogression.

Justice Eso had lamented that the judiciary had been ridiculed courtesy of some atrocious actions of some judges, who rather than discharge their responsibilities, had resorted to playing politics with the profession.

He lamented the endemic corruption in the third arm of government, adding that if left unchecked, could sound the death knell for justice administration and delivery in the country with dire consequences for its democratic governance.

As he put it then, what was happening in the election petitions tribunals, involving judges across the country, was mind-shattering because many of the judges “are not just millionaires as we were told but billionaires.”

In his own lamentation of how corruption has dented the judiciary, eminent lawyer, Chief Afe Babalola (SAN), noted that it was regrettable that Nigerians were no longer reposing confidence in the judiciary despite the acronym that it is the last hope of the common man.

He posited that experience in the past had shown that “our bitter experience is that election petition have inflicted severe injuries and damage on both electorate, the judiciary (which has been brutalised and called all sorts of names) as well as the political class.”

According to Babalola, “time was when a lawyer could predict the likely outcome of a case because of the facts, the law and the brilliance of the lawyers that handled the case. Today, things have changed and nobody can be sure. Nowadays, politicians would text the outcome of the judgment to their party men before the judgement is delivered and prepare for their supporters ahead of time for celebration.

“Today, Nigeria’s search for justice and equity and fair play among her citizens seems to be hampered to a large extent by the unusual tardiness experienced in our courts. Today, things have changed and nobody can be sure. Nowadays, politicians would text the outcome of the judgements to their party men before the judgment is delivered and prepare uniforms (aso-ebi) for their supporters ahead of time for celebration. In some cases, there have been some text messages before the judgment day like ‘we now have four members to two, we are still working on the fifth’ (referring to members of election tribunals,” he added.

Williams’ open challenge has not been disputed to this day, making many to conclude that the temple of justice in Nigeria is being compromised and corrupted to serve the interest of a privileged few.

Those who spoke to THISDAY on account of anonymity, called on the NJC to thoroughly vet the judgments delivered by the judges petitioned.

“The NJC in most case do not always vet the judgments delivered by some of the judges complained about to ascertain any miscarrige of justice. This is wrong. Since it is always difficult to investigate whether money exchanged hands, their judgments should always be thoroughly vetted,” one of the lawyers posited.

A more scathing revelation of how endemic corruption is in the judiciary came Justice Akinjide Ajakaiye of the Federal High Court, who during a valedictory session organised in his honour, described corruption in the third arm of government and the country at large as the main factor retarding nation’s progress.

He disclosed that the country was destined to be great but has been crippled by corrupt and unpatriotic people. He noted that even though the country was blessed with men of honour in the judiciary, there still some who have shamelessly wallow in the malaise.

According to him: “The constitution, which is the organic law of the land has thus empowered the judiciary to do justice to all manner of persons whether high or low.

“Then each judicial officer has taken a vow to do justice without fear or favour, ill-will or affection. It is unfortunate that a lot of judicial officers pay lip-service to the letters of that oath. It is trite that the judiciary is the hope of the common man, particularly having regard to the decadent and perilous socio-economic and political situation of this country. The judiciary is placed in a peculiar position to enforce and maintain sanity and social equilibrium. That is why judicial officers ought to brace up, be up to the occasion and be circumspect.

“Being a judicial officer is serious business and involves a lot of responsibilities and attracts a lot of expectation from God and man. It is a position of trust that should not be handled trivially or recklessly. It is a position divinely given to man to do justice to all manners of persons. It devolves from God to man and that makes it absolutely delicate. That is why those of us involved in the administration of justice must know, and always realise that we owe the position as a trust from God to whom we are accountable. We must realise that God is God of justice who expects the position entrusted to us to be handled with justice. That is why any act of injustice, intentionally occasioned, is a breach of that trust reposed by God and will one day be punished by Him,” he added.