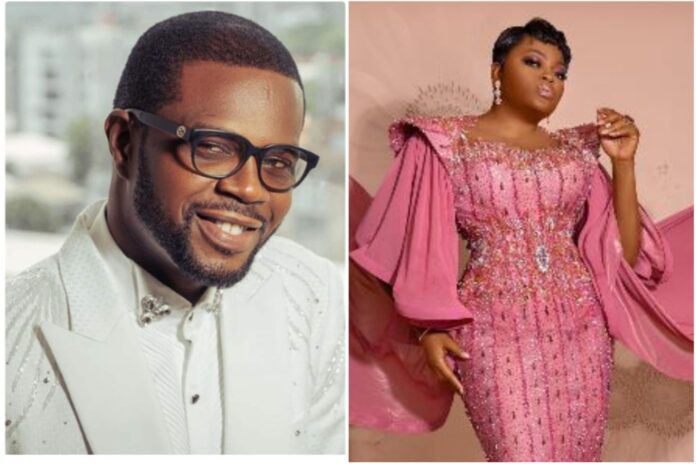 Nigerian songwriter and rapper, Abdul Bello, better known as JJC Skillz, has given updates on the relationship between himself and his estranged wife, Funke Akindele.

JJC Skillz in a recent interview explained that “When it comes to me and my wife, we are together forever when it comes to our children and what we have created.”

This is coming months after the rapper via his Instagram page announced his separation from Nigerian actress and producer, Funke Akindele.

While making the announcement, he noted the need for the public to be clear that both of them are pursuing separate lives.

JJC, who admitted that the marriage had been having issues for the past two years before the announcement, also confirmed that the actress asked him to leave her house and refused any form of amicable communication with him.

Funke Akindele got married to JJC Skillz in London in May 2016 and welcomed their twin boys in December 2018.