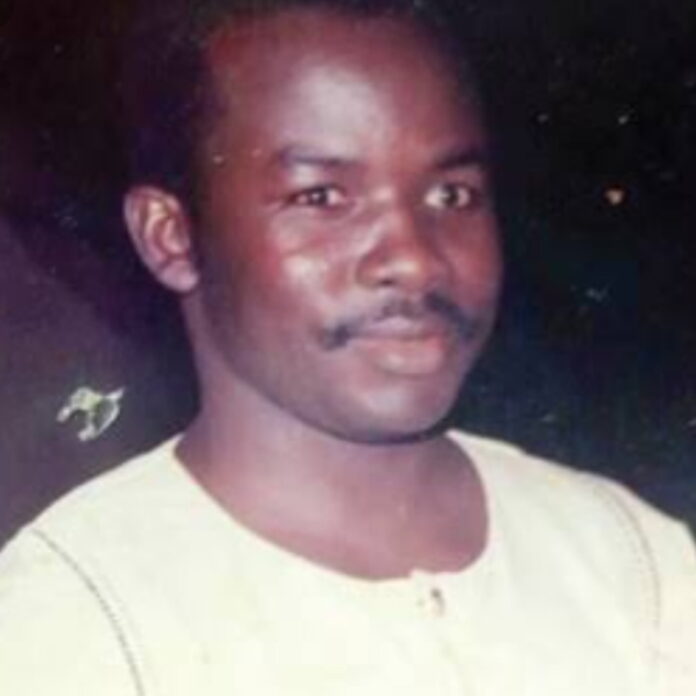 A new twist has emerged over the controversy surrounding the death of The News journalist in 1995, Bagauda Kaltho.

The journalist’s disappearance and suspected murder case was not concluded for 27 years.

However, a businessman, medical practitioner, and activist, Mahdi Shehu recounted an event that he claimed happened 27 years ago on Arise News Channel recently, that Kaltho was killed by a bomb parcel in the bookshop of Durbar Hotel, Kaduna, which he (Kaltho) was sent to detonate by American ex-envoy, Russell Hanks.

According to him, Hanks offered him (Mahdi) N1 million at the time to bomb the Durbar Hotel which he refused, but as he was about to leave, he saw the late journalist, Bagauda Kaltho, at the entrance of Hanks’ room.

He went on: “We went to the door together, and he wanted to see me off. At the door was Bagauda Kaltho, the journalist that was said to have been killed by Abacha. Bagauda was right at the door there. I think he gave him an hour before me, but I keyed into Bagauda’s hour. Bagauda went into the room, and I left. What happened? Not long after that, two hours later, bomb! Where? Durbar Hotel. Where? At the bookshop.”

Also, LEADERSHIP Newspaper reported that in an interview, an anonymous journalist, who claimed to be at the hotel for an assignment, said, “We were at Durbar Hotel for an assignment, and we left for the secretariat when we heard that there was a bomb blast, so the NUJ chairman at that time and some few others, including one other person who is now a member of House of Representatives, Rima Shawulu, representing Tukum/Donga/Ussa Federal Constituency (PDP), Taraba State, went to the hospital to see the body of Bagauda.”

DAILY POST put a call through to Rima Shawulu, representing Tukum/Donga/Ussa Federal Constituency (PDP), Taraba State on Monday and the lawmaker told this reporter to send a text message.

Shawulu has not responded to the text sent to him, while his phone was switched off as of the time this medium put another call to his phone on Monday night.

However, the United State Embassy has also not responded to the accusation as of the time of filing this report.

Speaking with the late journalist’s wife, Martha Kaltho, she told DAILY POST that the family did not see her husband’s corpse.

“The claim of him being killed in a bomb blast is not new to me but the allegations by Mhadi that my late husband planted the bomb is baffling. Why is it now that he is coming out to say this 27 years after? Where was he when the matter was before the Oputa panel. This is contrary to the claim that the bomb blast burnt the body beyond recognition.”

On January 19, 2012, DAILY POST, in a piece co-author by Olukorede Yishau and Olukayode Thomas titled, “The Man Called Zakari Biu” stated some facts over the death of Kaltho. Biu is an embattled police officer who was promoted to Commissioner of Police (CP) after a recommendation from the then Inspector-General of Police Hafiz Ringim.

Biu was linked to degrees of atrocity under the regime of the late Gen. Sani Abacha; the embattled cop was terror personified. As head of the regime’s Presidential Task Force on Terrorism, he terrorised journalists and human rights activists, who he labeled terrorists.

Journalists on the stables of The News, TSM and Tell were the worst hit.

The piece stated that “Biu, at a press conference after Abacha’s death, said Kaltho was the “unidentified” person who died while planting a bomb which went off at Durbar Hotel, Kaduna in January 1996. He then showed the media a video recording of the scene of the blast and two photographs – one of a charred body and another of the journalist. Biu said he “strongly suspects the management of ICNL of having connection with the Durbar Hotel bombing or else James Bagauda Kaltho.”

“I have never seen Kaltho in my life, either alive or dead and don’t know the whereabouts of Kaltho. Only the Chief Security Officer to the late Abacha, Maj. Hamza al-Mustapha, can explain what happened to Kaltho,” he said

When Biu appeared before the panel, he refused to be put on oath with the Holy Quran, because “he is not pure.” He denied all the allegations against him.

A retired Commissioner of Police, Abubakar Tsav, who also appeared before the panel, debunked Biu’s claim.

James Danbaba, a colleague of Biu, said Kaltho was “summarily executed on the orders of the Inspector-General of Police, because Kaltho was said to have seen IGP Ibrahim Coomasie suddenly collapse and was foaming in the mouth.”

Danbaba added: “ The journalist was ordered to be arrested and executed because of a disclosure that he (Coomasie) is suffering from epilepsy may jeopardize the IGP’s well preserved and seriously guarded position and ultimately lead to his untimely retirement from the police force.”

He added: “After the said journalist, Bagauda Kaltho’s summary execution, a learnedas attached to his corpse and detonated. I reliably learnt that this was directed at selling a story to the C-in-C that a NADECO journalist has died of a bomb explosion while attempting to plant a bomb, thereby finally covering their track of having killed Bagauda Kaltho and the reason for his murder.”