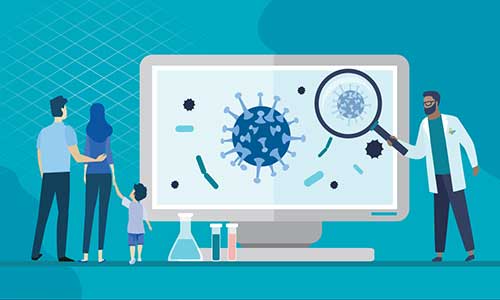 The Nigeria Centre for Disease Control (NCDC) on Thursday said the agency has confirmed a case of the dreaded SARS-CoV-2 Delta variant in the country.

This was contained in a statement by the agency on Thursday night.

According to the statement, the newly detected variant also called lineage B.1.617.2 was confirmed after a traveller tested positive for it in the country.

The development followed the compulsory test required of all international travellers and genomic sequencing at the NCDC National Reference Laboratory, in the Federal Capital Territory, Abuja.

The World Health Organization (WHO) had raised the alarm over the new variant, referring to it as the variant of concern due to its increased transmissibility.

It has been detected in at least 90 countries across the world and still spreading to more nations.

The public health agency, in the statement, revealed that it has been working with the Nigerian Institute of Medical Research (NIMR), African Centre for Genomics of Infectious Diseases (ACEGID), and other laboratories within the national network to carry out genomic sequencing.

“This is to enable the detection of variants of concern and initiate response activities.

“All data on variants from Nigeria have been published on GISAID, a global mechanism for sharing sequencing data. Given the global risk of spread of the Delta variant, positive samples from international travellers to Nigeria are sequenced regularly,” the statement said.