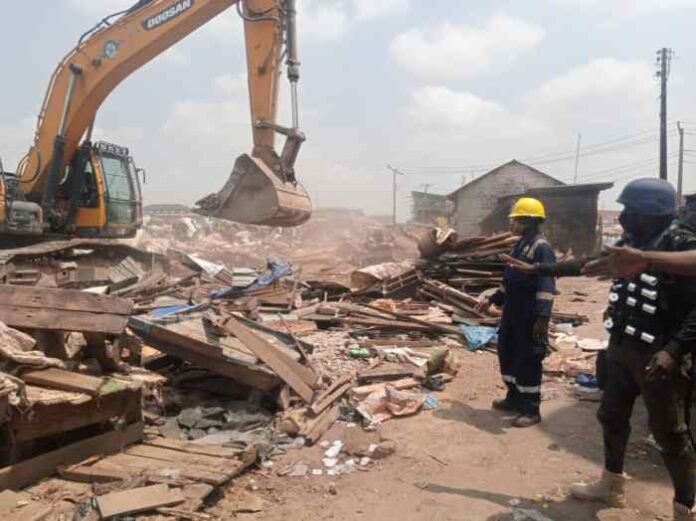 Also demolished were a number of shanties the government explained were causing security challenges.

Noting that are slums are supposed to convey dual transportation, he lamented the takeover of the area by hoodlums.

“You can imagine the kind of criminality going on here. They are not into any meaningful employment or serious activities.

”They constitute nuisances not only to the neighborhood but to the entire city”, the official said.

Ahmad added that the FCTA would continue to sustain the operation to rid the nation’s capital of unruly people.

Those arrested with hard drugs and other substances during the raid would be handed over to the police, the ES disclosed.