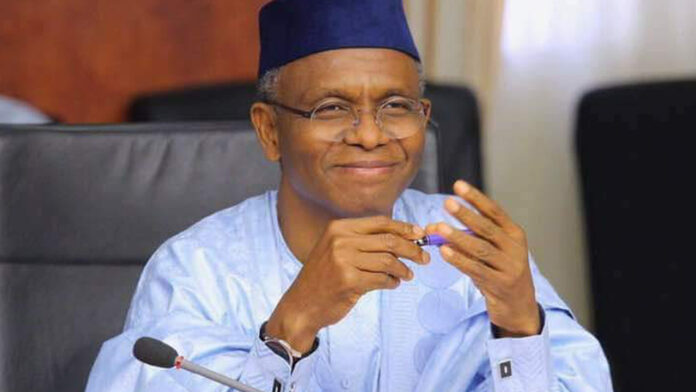 Kaduna State Governor, Malam Nasir El-Rufai, has insisted that the only solution to end banditry in Nigeria is to eliminate bandits.

El-Rufai disclosed this in an interview with the BBC Hausa in Kaduna on Monday.

The Governor explained that his administration was at war with bandits, adding that any bandit arrested in the state would be killed.

According to him, bandits kill ‘mercilessly’ because they don’t believe in religion.

“My administration is at war with the bandits and so we cannot negotiate. Eliminating them is the only solution to banditry,” El-Rufai said.

“I never believed that a Fulani herdsman who ventured into banditry and is collecting millions of Naira as ransom will repent. I spoke to Dr Gumi, who is my friend; I explained that the majority of these bandits don’t believe in the religion. That is why they kill mercilessly.

“Anybody who thinks a Fulani herdsman that was used to only getting N100,000 in a year, after selling a cow, but now is getting millions through kidnapping for ransom will stop is only wasting his time.”