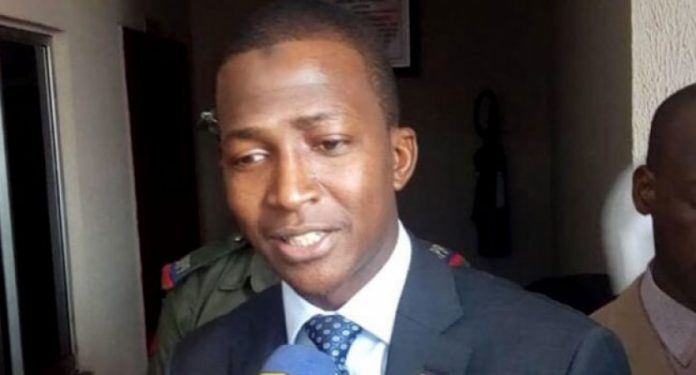 The Human Rights Writers Association of Nigeria, HURIWA, has charged Abdulrasheed Bawa, to deal with old and young thieves in government offices, when confirmed as Chairman of the Economic and Financial Crimes Commission, EFCC.

HURIWA, a frontline activist group made the remark while urging Bawa to carry out his duties in line with Nigeria’s constitutional provisions.

National Coordinator of HURIWA, Emmanuel Onwubiko said Bawa should ensure EFCC respect human rights in the discharge of its duties.

According to Onwubiko: “The new Chairman of EFCC is expected to be law abiding, firm but decisive just as he is expected to bring fresh air into the Modus Operandi he will inherit from his predecessor.

“The decision of President Buhari to appoint a youngster to head EFCC should be looked at from a positive dimension.

“I want to tell the new man in EFCC that the moment he breaches human rights in the execution of his duties, he has automatically transgressed against the law and has created a bad international image for our nation. Remain firm, decisive but be guided by the laws.”

Buhari had nominated Bawa as the substantive Chairman of EFCC.

The president had written to the Senate requesting the confirmation of Bawa as the anti-graft agency.