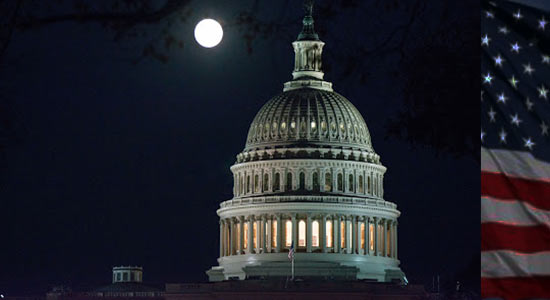 Democrats began the process of impeaching President Donald Trump for a second time on Monday if Vice President Mike Pence and the cabinet do not remove him from office.

Democrats introduced a resolution calling on Pence to invoke the 25th Amendment of the Constitution and remove Trump from the White House for being unfit to discharge his duties.

Republicans blocked an immediate vote on the resolution and Democrats followed up by introducing an article of impeachment of Trump for “incitement of insurrection” over his role in Wednesday’s storming of the US Capitol by his supporters.

The dramatic moves come just nine days before Trump is to leave the White House and President-elect Joe Biden is to be sworn in as the 46th president of the United States.

Democratic Representative Steny Hoyer of Maryland introduced the resolution calling on Pence to invoke the 25th Amendment and declare Trump “incapable of executing the duties of his office.”

Republican Representative Alex Mooney of West Virginia objected to passing the resolution by what is known as “unanimous consent” and it will be put to a vote on Tuesday.

After Republicans blocked the resolution, a single article of impeachment against Trump was introduced in the Democratic-controlled House of Representatives.

PromotedListen to the latest songs, only on JioSaavn.com

Trump was impeached by the House in December 2019 and now risks being the first president ever to be impeached twice.

He was acquitted by the Republican-controlled Senate following his last impeachment and it is unclear whether the body would hold a trial this time to consider the latest charges.