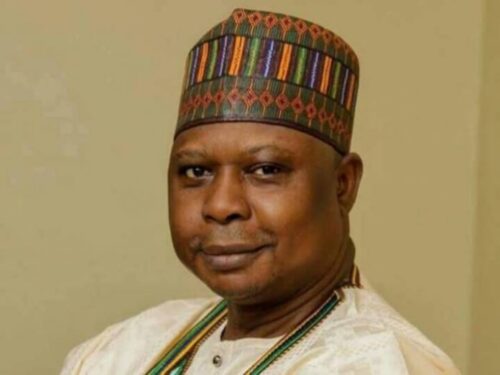 The Federal High Court, Abuja, on Monday granted the prayer of the former Minister of Special Duties and Inter-governmental Affairs, Kabiru Turaki, to travel to Turkey for medical attention.

Justice Inyang Ekwo granted the leave after Counsel to the former minister, Madu Joe-Kyari Gadzama, moved the motion on notice with charge number: FHC/ABJ/CR/61/2020 and the Economic and Financial Crimes Commission (EFCC)’s Lawyer, U. K. Ewurun, did not oppose it.

Turaki was expected to travel between July 25 and Aug. 15.

The News Agency of Nigeria (NAN) reports that the motion, which was dated July 5, was filed July 12.

It also sought “an order for the release of the 1st defendant/applicant’s international passport (Passport No: A04572609) to enable him to travel to Turkey for further medical attention.”

Madu Joe-Kyari Gadzama, who gave eight grounds while the order to travel was important, said Turaki had complied with all the bail conditions.

“Since being granted bail, the 1st defendant/applicant has attended all court sittings concerning this case and has not violated the terms of his ball,” he said.

NAN recalls that Turaki was arraigned before the court on May 4, 2020, following which he was granted bail.

Turaki, alongside three others, was arraigned on a 16-count charge bordering on unlawful and criminal misappropriation of funds to the tune of N715 million.

Other defendants are Sampson Okpetu, who served as his special assistant; Samtee Essentials Limited and Pasco Investment Limited — companies linked to Okpetu.

The EFCC alleged that the ex-minister used the two companies belonging to his aide to illegally transfer funds.

Having taken a “not guilty” plea, his lawyer, Joe Gazama, SAN, asked the court to grant bail to his client.

The bail application was unopposed by the EFCC.

The judge, then, granted the defendants bail on self-recognition and on the same conditions granted to them in the administrative bail by the EFCC.