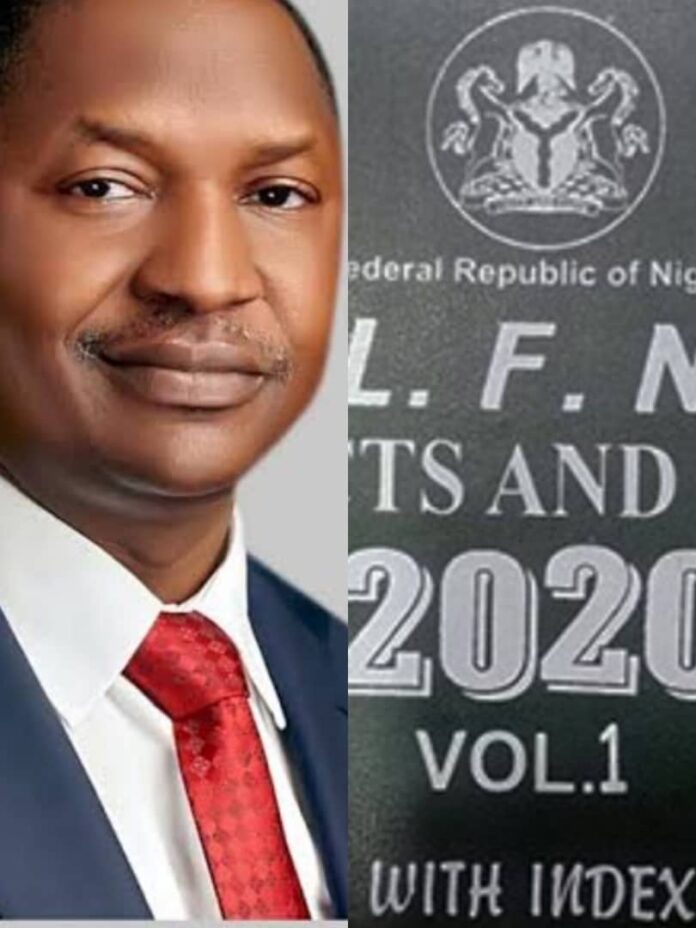 The Federal High Court has declared the unilateral Amendment of the Rules of Professional Conduct for Lawyers by the Attorney General of the Federation and Minister of Justice, Abubakar Malami SAN, illegal and void.

In the judgement delivered today in SUIT NO: FHC/ABJ/CS/77/22 between Incorporated Trustees of the Nigerian Bar Association Vs. Attorney General of the Federation, the court dismissed the preliminary objection filed by the Defendant, and delivered judgement in favour of the NBA.

According to the Court, the General Council of the Bar is constituted by several members, and the RPC cannot therefore be legitimately amended by the singular desire and action of the Attorney General.

Before the amendment, lawyers were mandated to submit any document or letter to the court with a stamp and seal that was sold by the NBA.

But under the new provision, the use of the stamps is no longer necessary, giving room for non-lawyers to also submit court processes.

Olumide Akpata, NBA president, had stated that there was no authorised approval for the amendment, and that the AGF lacked the power to solely amend the RPC.

Akpata argued that due process was not followed, and urged lawyers to stick to the existing RPC.

The AGF had argued that the NBA lacked the locus to file the suit.

Recall that sometime in September 2020, it was reported that the RPC had been amended by the AGF.

At the time of the purported amendment, the NBA took issue with the situation on the ground that the Attorney General could not, on his own, purport to amend the RPC as it was not within his power to do so but rather the responsibility of the General Council of the Bar.

As a result of the failure of both parties to resolve the dispute, the NBA through its Section on Legal Practice initiated the action against the AGF at the Federal High Court, Abuja.