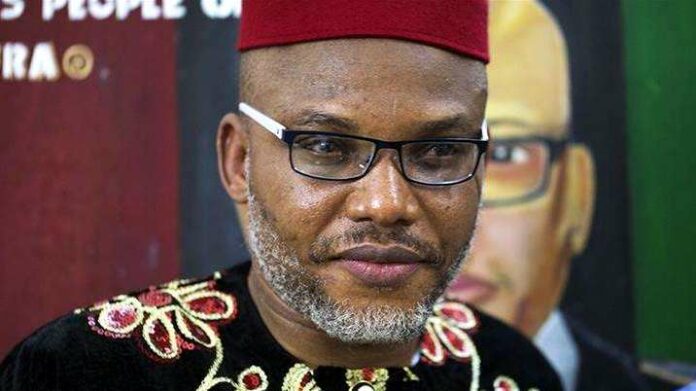 The attention of the Coalition of South East Youth Leaders, COSEYL, has raided an alarm alleging that the leader of the proscribed Indigenous People of Biafra, IPOB, Mazi Nnamdi Kanu is no longer safe in the custody of the Department of State Services, DSS.

The coalition raised the alarm following the recent terror alert by the United States, United Kingdom and Canada that some terrorists were planning to launch a deadly attack in the Federal Capital Territory, Abuja.

Reacting, the President General of the coalition, Goodluck Ibem in a statement yesterday, alleged that the move by the Federal government to keep Kanu in DSS custody despite a court order, “confirmed a plot to assassinate him (Kanu) using the terror attack as a cover-up to hide the involvement of some forces”.

“Since Great Britain is evacuating her citizens from Abuja over the planned terror attack, we call on Britain to also evacuate Mazi Nnamdi Kanu who is a British citizen from Abuja at the same time”.

The coalition warned that the terror alert by different countries should be taken seriously, stressing that previous incidents had proven that the US intelligence gatherings were accurate.

“Federal Government is giving people hope when most of those saying there is no cause for alarm can hardly travel to their villages because terrorists have taken over their villages and their farmers”, the statement added.